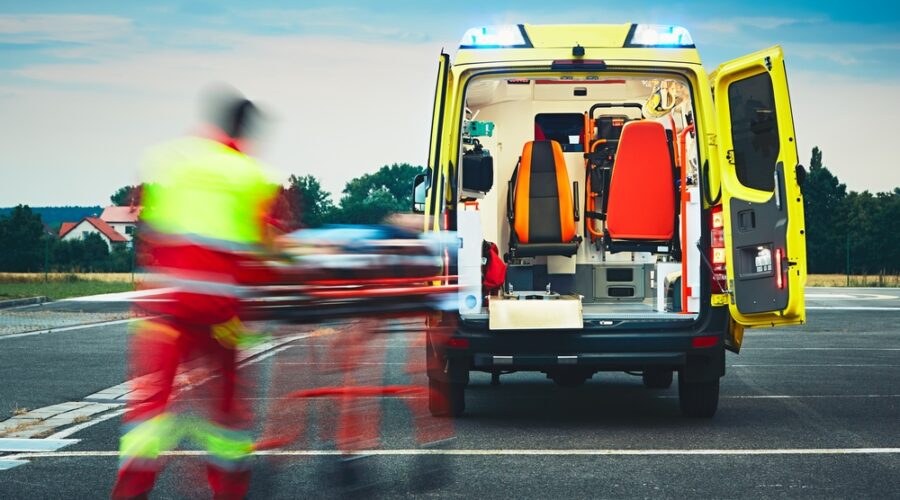 Norwegian medical technology firm EpiGuard, established by clinicians at Oslo University Hospital in 2015, has now developed a patient isolation device that it says can help cut down on ambulance cleaning times – among other factors – to help ease the burden on healthcare systems.

Known as the EpiShuttle, the device is designed to be used when transporting patients known or suspected to be infectious. The device keeps the patient fully isolated, protecting both the medical professionals caring for them and the surrounding environment as they’re taken to hospital.

The time it takes to clean an ambulance can be one of the key contributors to strain on the healthcare system. Rules and regulations around ambulance sterilisation vary from country to country, but the process is typically carried out manually using chemicals and can take around 30 to 40 minutes. During this time the ambulance is out of action, putting increasing pressure on emergency services during busy times – something that has been felt particularly sorely during the ongoing Covid-19 pandemic

What are the benefits of the EpiShuttle?

The EpiShuttle, which has been CE marked as a Class 1 medical device, allows paramedics to monitor and treat patients on the way to the hospital while they are sealed inside through the clear lid. The unit is fitted with several portals, which healthcare staff can open to access the patient as necessary, allowing for procedures like intubation to take place, but is otherwise completely sealed from the outside world in transit.

The unit exerts either negative or positive pressure on the patient, preventing contaminated air from spreading.

Andersen says: “The negative pressure protects the surroundings from an infectious patient, but you can also use the device in positive pressure. For example, if you have an immunocompromised patient or a burn victim, you can actually put it in positive pressure so that you do not get any pathogens or anything from the outside in the air for the patient.”

The EpiShuttle is reusable and can be safely disinfected and re-assembled in under two hours, which can significantly reduce the cost per transport compared to single-use patient isolators. The ambulance used to transport the patient will also be able to head back into circulation more quickly, as it will not need to undergo the same thorough disinfection process.

As well as minimising cleaning-related downtime, EpiGuard says it can also help save on personal protective equipment (PPE). With the infectious patients sealed away, paramedics can cut down on the amount of PPE they would normally wear during such callouts. This means it can be saved for the hospital environments where it is needed most.

Andersen also posits that wearing less PPE might help medical staff do a better job. PPE can often be uncomfortable to wear, which could distract staff and therefore lead to lapses in care. With the amount of protective gear paramedics need cut down to a minimum, the risk of this happening decreases significantly.

The EpiShuttle retails for different rates depending on the market it is being sold in, but can be bought in several jurisdictions across North America, Europe, Africa, the Middle East and Asia. EpiGuard is also happy to sell its unit directly in territories where they may not have a retailer.

The product, Andersen says, costs around €50,000. This covers more than the EpiShuttle alone – the price includes replacements for the disposable elements of the device, as well as training for staff in how to use it.

But patient isolation isn’t the only way to speed up ambulance sterilisation. Researchers at the University of Edinburgh and Heriot-Watt University have developed a new method of cleaning using electromagnetic waves.

The study used microwave beams emanating from an antenna to direct and focus radiation in specific locations. A microwave-powered, open-ended oven was shown to enable the deactivation of live coronavirus (strain 229E) at a relatively low temperature of 60°C in 30 seconds.

The team behind the research is now seeking to develop a proof-of-concept device that could be installed in an ambulance and used to disinfect it with radiation between uses.

Is your organisation looking for Medical Devices specialists that can contribute to the development of innovative devices and technologies such as the EpiShuttle? See how we can help here!