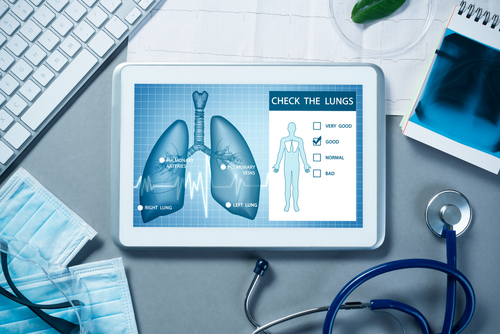 Israeli “digital X-ray” startup Nanox has secured another $59 million from unnamed “global investors.” The company now pegs its round total at $110 million, after combining today’s news with investments announced since November of 2019. Contributors to those incremental raises included Foxconn, Fujifilm and SK Telecom.

The Israeli company is developing a two-pronged offering comprising an in-hospital imaging device and a companion cloud software tool. The former is called the Nanox.ARC, and according to the company was designed over an eight-year period to be low cost and less cumbersome to deploy.

Imaging scans from the digital X-ray device will be transmitted to the company’s in-development digital platform, called the Nanox.Cloud. It is designed as an end-to-end medical-imaging service, and the company is planning for the software to include a wealth of tools ranging from image repositories and radiologist-matching to support for diagnostic-decision support, artificial intelligence tools and billing systems.

These services will be offered through a price-per-scan model that the company says will be affordable to providers working in poorer regions, where traditional systems are too costly to see widespread deployment. Although still under development, the company is targeting 2021 for the first release.

Nanox said that the full $110 million is slated to support Nanox.ARC rollout across the world. The startup said that it has already signed deployment agreements in 13 countries across five continents.

Medical imaging is squarely in the crosshairs of tech innovators, especially in terms of software. Startups like Zebra Medical Vision and Aidoc and larger tech firms like Nvidia are interested in developing artificial intelligence-based analysis products. Meanwhile, radiology telemedicine seems to be picking up, with startups like Nines ready to offer their services.

“We have a bold vision of helping to eradicate cancer and other disease by means of early detection,” Ran Poliakine, CEO and founder of Nanox, said in a statement. “We are actively working for the deployment of a global medical imaging service infrastructure that may turn this dream into reality. We cannot do it without partners and investors who share our vision and support our plan. I thank our friends at SK Telecom, Foxconn, Industrial Alliance and Yozma Korea for their faith and trust in the Nanox team and vision.”