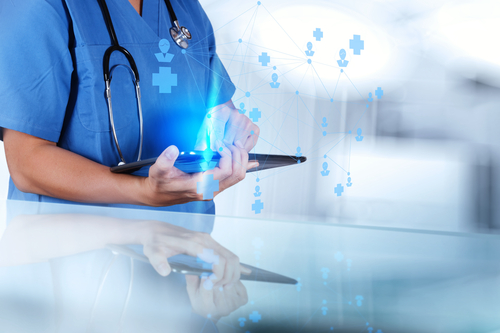 Contact tracing, or the process of tracing down people that might have come into someone who had been infected, can be time consuming, especially when there are already many cases. The U.S. had more than 501,000 cases as of Friday, according to data compiled by Johns Hopkins University.

Jennifer Radin, an epidemiologist with Scripps Research Institute’s digital medicine division, said using mobile phones could make the contact tracing process much faster and more complete, since people can’t always remember every person they have had contact with in the past few weeks.

“Consequently, this mobile method will likely pick up a lot more contacts.  However, mobile phones also don’t provide any information about the type of contact –  did the two individuals hug, was there a wall between two individuals who got close to each other, was one person wearing a mask?” she wrote in an email. “It will also only be effective if a significant number of people opt to participate and I wonder if there will be regional areas where smaller percentages of people opt in.”

The companies plan to roll out the system in two phases. First, in May, they would release APIs that would allow Android and iOS devices to communicate. They would also be able to connect to apps from public health authorities. To participate, a user would have to download one of those apps and consent to sharing their information.

If a user reported a positive Covid-19 diagnosis through the app, others that had been in close proximity to them would get an alert that they had potentially been exposed to someone with the disease. In later months, Apple and Google plan to build the contract-tracing functionality into their underlying platforms. Participation would still be opt-in.

Naturally, anyone using such a service would have lots of privacy questions before choosing to participate. Apple and Google answered some of them. Since the system is Bluetooth-based, users do not have to share their GPS location to participate. The keys used to anonymously track who had come into contact with who would also change every 15 minutes, making it difficult to pinpoint someone’s location using Bluetooth.

The list of people users have been in contact with never leaves their phone, and people who report a positive diagnosis are not identified to other users, Google or Apple. However, the long-term implications of using this kind of technology are a bit murkier. The ideal system, Radin said, would use a combination of contact tracing and testing, with tests offered to all contacts. But so far, the latter still isn’t available. While the U.S. has significantly ramped up testing capabilities since early March, it’s still not enough for everyone who has Covid-19 symptoms to get a test.

“Contact tracing will be a key tool to preventing the spread of Covid-19 once stay-at-home measures are lifted,” she said. “Since some cases of Covid-19 are asymptomatic, more Covid-19 lab testing is also needed to make contact tracing more effective.”

Published by medictynews.com on April 10, 2020
Image by Shutterstock