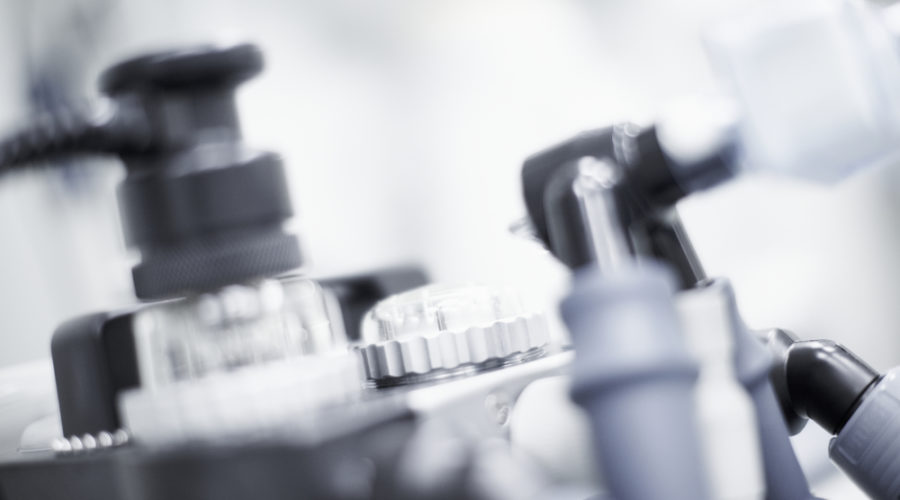 Hemoglobin in the body’s red blood cells binds carbon monoxide 200 times more tightly than it does oxygen, which explains why exposure to the gas can be so deadly. But this toxic bond can be broken by light. Despite the discovery of this vulnerability more than 100 years ago, researchers are only just beginning to investigate its clinical potential in cases of CO poisoning. A paper in Science Translational Medicine describes a novel device that, by illuminating blood with red light while simultaneously exchanging carbon monoxide for oxygen, can quickly eliminate the toxin from rats.

“[The paper] demonstrates two things: that they are able to accelerate the rate of carboxyhemoglobin elimination from the rat with their device, and they are able to do that in rats that have severe lung injury and can’t be oxygenated,” says Neil Hampson, an emeritus pulmonologist at the Virginia Mason Medical Center in Seattle who also did not participate in the study.

Carbon monoxide is one of the most common causes of human poisoning—whether as a result of fire, faulty ventilation of appliances, or inhalation of vehicle exhaust fumes—with approximately 50,000 cases in the US each year. Most patients are treated with 100 percent oxygen, either at normal or increased pressure (in a hyperbaric chamber), but such treatment is not always appropriate for cases involving severe lung injury. If a patient has inhaled particulates, chemicals, or smoke, for example, gas exchange may be impaired in the lungs, and prolonged inhalation of pure oxygen may even cause further lung damage, explains anesthesiologist Warren Zapol of Massachusetts General Hospital and Harvard Medical School who led the research.

Zapol and colleagues were therefore looking for a way to not only speed the elimination of carbon monoxide in poisoning cases, but one that would specifically help people with limited lung function. They were aware that light dislodges carbon monoxide, but not oxygen, from hemoglobin—a finding dating back to 1896—but also that simply shining light at a person’s body wouldn’t help. “If you were to just dissociate carbon monoxide in the skin or something, it would reassociate,” explains Zapol, “you need a lung,” so that the gas can be exhaled. The team recently showed that in rats it was possible to open the chest, illuminate the lungs and speed carbon monoxide release. But “when I got to bigger animals the lung wasn’t transparent enough . . . so it wasn’t very effective,” Zapol says.

His new approach is to pump blood from a vein in the leg, send it through a porous membrane for gas exchange, where oxygen is forced in and carbon monoxide out, and simultaneously illuminate it with 623 nm (red) light—the wavelength shown to maximize carbon monoxide release. The newly cleaned blood is then pumped back into a vein in the neck. Because the approach requires the insertion of just two intravenous cannulas, “it wouldn’t be very invasive and in twenty minutes or forty minutes, boom, you’d be clean,” says Zapol. The idea would be to have a mobile version for use in the ambulance, he explains.

In proof-of-principle experiments in rats severely poisoned by the gas, the device increased carbon monoxide elimination by 79 percent compared to control animals whose blood was neither oxygenated nor illuminated but still passed through the device. The machine—consisting of cannulas, tubing, a pump, and the oxygenation unit housed in plexiglass for illumination—also doubled the rate of elimination seen for rats breathing 100 percent oxygen.

When the animals were subjected to lung damage, the device almost tripled the speed of carbon monoxide elimination compared with that of breathing oxygen alone. And, it improved the animals’ chances of survival. The device “really gets it out of you,” says Zapol, whose team is now working on a similar device to test on larger mammals.

It remains to be seen if humans would experience the same benefits. “Accelerated rate of removal from the body of carboxyhemoglobin hasn’t necessarily been associated with changing the outcome clinically,” says Hampson. Interestingly, he points out that the level of carbon monoxide in a patient’s body is no indication of how they will fair. “Someone may come in with a carboxyhemoglobin level of 50 percent, and they may be talking to you and have a headache. Someone else can come in with a level of 10 percent and they may be comatose.” This non-linear relationship between dose and outcome may have less to do with oxygen starvation and more to do with carbon monoxide’s additional pathological effects, which include binding to other heme-containing proteins and triggering inflammatory responses. That said, because the device did improve survival in lung-injured animals, it may have potential for patients in similar situations, who otherwise can’t be treated, says Hampson.

While the effects of carbon monoxide poisoning may not be dose-dependent and the gas may affect patients differently, “it’s certainly something you want to get out of your blood as quick as possible,” says Zapol, who hopes a clinical version of his device will enable just that.

Published by The-scientist.com on October 09, 2019
Image by Shutterstock