Counterfeit medical devices: on the rise during Covid-19? 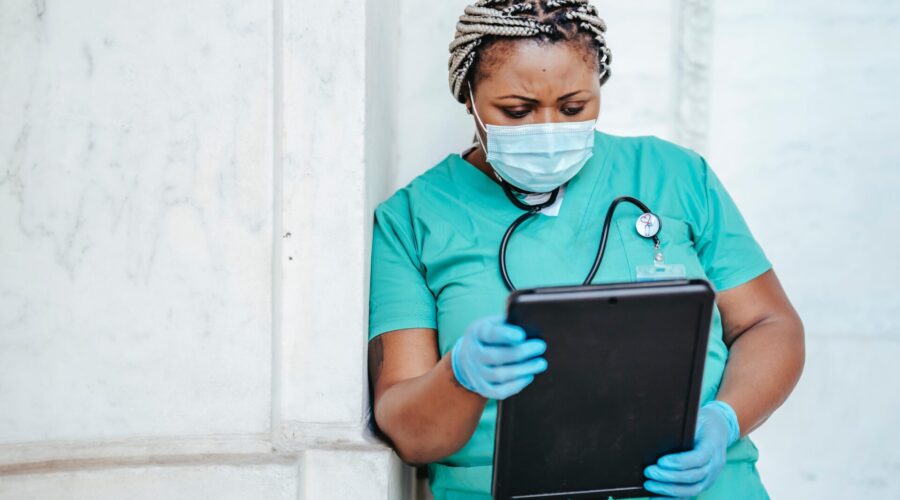 In March 2020, as Covid-19 spread around the world, many essential medical products fell into short supply. Surgical masks, and other PPE, were particularly hard to come by, with existing supply chains buckling under this unprecedented strain.

Medical device companies rose to the challenge admirably. But they weren’t the only ones producing supplies. That month, a global operation by Interpol, dubbed Operation Pangea XIII, seized some 37,000 counterfeit medical devices, most of which were surgical masks. Counterfeit pharmaceuticals were rampant too, including products like the dubiously named ‘corona spray’.

“Once again, Operation Pangea shows that criminals will stop at nothing to make a profit. The illicit trade in such counterfeit medical items during a public health crisis shows their total disregard for people’s wellbeing or their lives,” said Jürgen Stock, Interpol’s Secretary-General.

Six months later, half a million counterfeit N95 masks were seized at Chicago O’Hare Airport. The masks, shipped from China, had an estimated value of more than $3m. Customs officials stated that criminals were also selling counterfeit goods through the online marketplace – safety equipment, unapproved Covid-19 test kits, unproven medicines and substandard hygiene products among them.

The dangers of counterfeit devices

In 2010, the World Health Organization revealed that 8% of medical devices in circulation were known to be fake. However, that number is likely an underestimate – and more recent figures are hard to come by, given that information on medical device counterfeiting is often regarded as classified.

On top of that, medical devices are an extremely broad category, covering everything from tweezers to ventilators. This means the implications of counterfeiting can vary greatly in severity. At best, a product won’t perform as well. At worst, it will be highly dangerous to patients – and, in the case of fake PPE, to the doctors treating them.

“With a counterfeit T-shirt, somebody loses a bit of profit, but at the end of the day nobody’s life is at risk,” says Robin Ellis, partner at patent and trademark attorneys Reddie & Grose. “With medical devices and pharmaceuticals, a counterfeit hasn’t gone through the necessary regulatory procedures that any medical device or drug has to go through. First and foremost, it’s a safety issue.”

While there is also a potential loss of sales for the medtech company, few companies would identify that as the main problem. Beyond the obvious safety concerns, they would mostly be scared about reputational damage.

“Every serious company has a reputation to maintain, and a counterfeit always has the risk of destroying that reputation,” says Ellis. “In some cases, they’ll pull an entire product from the market, just to purge that particular market of counterfeits and give them time to put in safeguards in place.”

Sometimes a company will notice their product is being sold in a market where it isn’t authorised. They’ll go to their lawyers concerned about a patent infringement (a civil breach) only to realise the product has actually been counterfeited (a criminal act).

“Often what IP acts as is an early warning system, to highlight that there might be counterfeiting going on,” says Ellis. “If a company finds out that someone is infringing their trademark rights by making a counterfeit, they won’t necessarily go after them for patent infringement – they’ll go after them for criminal actions. It’s the patient’s health that’s important, not their pocket.”

As for how counterfeit medical devices enter circulation in the first place, it’s a question of finding vulnerabilities in the supply chain. For this reason, resource-limited settings are especially susceptible to counterfeits, as are more developed nations during times of crisis. E-commerce has heightened the problem too.

“The easiest way for criminals to smuggle a device into the supply chain is when it’s being shipped from one place to another, or through disreputable pharmacies and hospitals,” says Ellis. “Ultimately, it’s about trying to pass off the device as being that of the originator, so you somehow have to disguise it within the originator supply chain.”

Dr Francesca Piana, assistant at Reddie & Grose, spent three years working for Novartis, where she dealt with regulatory compliance in the antibiotics market. Whenever a product was found somewhere it shouldn’t be – often with perfect branding, and the leaflet translated into the local language – it was her job to figure out how the situation came about.

Anti-counterfeiting technologies have proved indispensable for this purpose, including tamper-evidence packaging, holograms, and QR codes for track and trace.

“The QR code needs to be scanned at every point in the distribution chain – when you produce a package, on the aeroplane, when it goes into a hub in a specific country, when it reaches the hospital or pharmacy,” says Piana. “Every time the QR code doesn’t correspond to what you have in your database, it means the product either is not meant to be there or that it’s a counterfeit.”

Many parts of the world have now implemented legislation around medical device track and trace. Depending on the specific rule, the device or device packaging must display a unique device identifier, enabling full traceability across the supply chain. Counterfeit products – at least in markets where the regulation applies – are likely to be called out.

There have also been recent attempts to close some regulatory loopholes. Last year, two US Congressman introduced the Safeguarding Therapeutics Acts of 2020, which would extend the FDA’s powers to target counterfeit medical devices.

At present, the FDA is allowed to destroy counterfeit drugs, but not so counterfeit devices – they must be stored or returned to the sender instead. Should this act be signed into law, devices would be fully intercepted and the public better protected.

While it’s hard to say how many patients have been affected by counterfeit medical devices over the years, it’s clear that there are opportunistic actors out there who will exploit any vulnerability they find. For this reason, manufacturers need to be vigilant about their anti-counterfeiting protocols, both for their own sake and for the patients’.

“It’s crucial that they can check a product’s not a fake – and that they can track it from the factory right through to its destination, proving it’s a legitimate medical device,” says Ellis.

Do you want to contribute to the research and development by joining a Life Science organisation specialised in Medical Devices? Check out our available opportunities here!