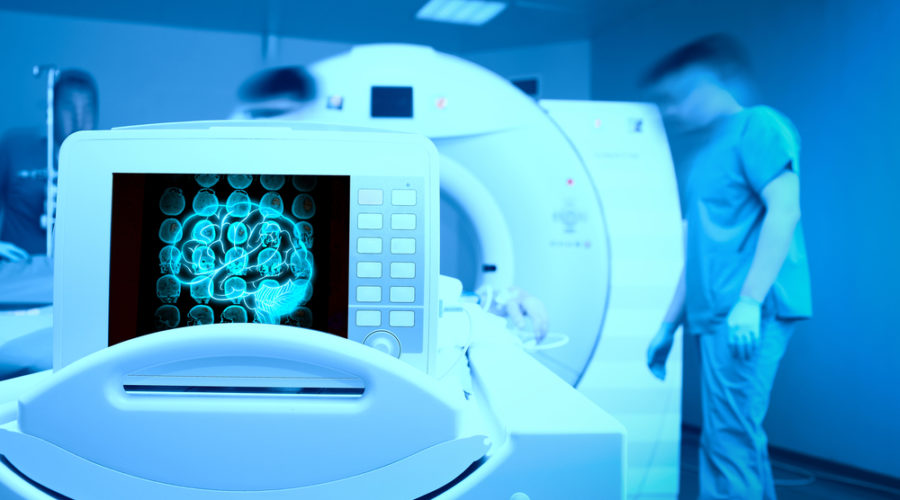 A new imaging method provides structural information about brain tissue that was previously difficult to access. Diattenuation Imaging (DI), developed by scientists at Forschungszentrum Jülich and the University of Groningen, allows researchers to differentiate, e.g., regions with many thin nerve fibres from regions with few thick nerve fibres. With current imaging methods, these tissue types cannot easily be distinguished.

The DI method is based on 3D Polarized Light Imaging (3D-PLI), a neuroimaging technique developed at Forschungszentrum Jülich, which reveals nerve fibre pathways with micrometre resolution. 3D-PLI is used, for instance, in the European Human Brain Project to investigate the 3D fibre structures of the brain in unprecedented detail.

During a 3D-PLI measurement, histological brain sections are illuminated with polarized light. Depending on how the direction of oscillation (polarization) is oriented relative to the nerve fibres, the light is refracted to different degrees, allowing to compute the spatial orientation of the nerve fibres. This effect — called birefringence — is mainly caused by the myelin sheath, an insulating layer which surrounds many nerve fibres in the brain.

While 3D-PLI measures the polarization-dependent refraction of light, a diattenuation measurement determines the polarization-dependent attenuation of light, i.e. how much the intensity of polarized light is reduced when passing through the brain section. The measurement is performed with the same apparatus as 3D-PLI, whereby two filters are removed.

The scientists have discovered that Diattenuation Imaging — a combined measurement of diattenuation and 3D-PLI — allows to distinguish between different brain regions. In some regions, the brain tissue is maximally transparent when the polarization of the light is oriented parallel to the nerve fibres. In other regions, the tissue is maximally transparent when the polarization is oriented perpendicularly to the nerve fibres. How the tissue behaves depends, among other things, on the time after embedding the brain sections.

Using simulations on the former Jülich supercomputer JUQUEEN, the researchers could show that the observed effects also depend on other tissue properties like the diameter of the fibres or the thickness of the myelin sheaths. This makes Diattenuation Imaging a valuable extension to 3D-PLI, enabling a more precise investigation of brain tissue. In the future, the DI method could be used to study neurodegenerative diseases like multiple sclerosis or multisystem atrophy (MSA), which go along with alterations of the myelin sheath. In addition, the technology helps to make pathological changes visible and to identify connected regions and tissue types, assisting the complex reconstruction of the brain.