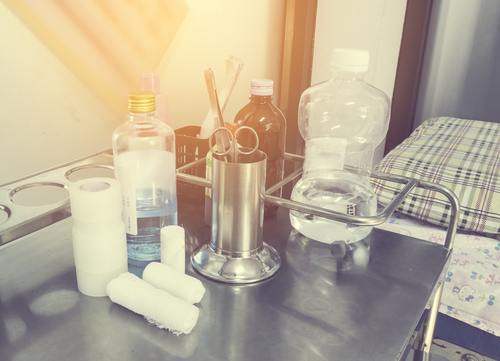 Why Is Ethylene Oxide Used to Sterilize Medical Devices?

For many medical devices, sterilization with ethylene oxide may be the only method that effectively sterilizes and does not damage the device during the sterilization process. Medical devices made from certain polymers (plastic or resin), metals, or glass, or that have multiple layers of packaging or hard-to-reach places (for example, catheters) are likely to be sterilized with ethylene oxide.

What Devices Are Sterilized with Ethylene Oxide?

Literature shows that about fifty percent of all sterile medical devices in the U.S. are sterilized with ethylene oxide. The types of devices that are sterilized with ethylene oxide range from devices used in general health care practices (for example, wound dressings) to more specialized devices used to treat specific areas of the body (for example, stents).

How Does the FDA Help Ensure that Medical Devices Sterilized with Ethylene Oxide Are Safe?

Before most sterile medical devices are on the market, the FDA reviews premarket submissions to determine if the sterility information (for example, the method the manufacturer is choosing to sterilize their device and validation activities used to  show that the device can be effectively sterilized) is in accordance with internationally agreed upon voluntary consensus standards that the FDA recognizes. An important element of our regulatory framework is a robust standards program. The FDA encourages medical device sponsors to use FDA-recognized voluntary consensus standards in their submissions, as conformity to relevant standards streamlines regulatory review and fosters quality.

If a medical device manufacturer changes the method, process, or the facility identified in its original PMA submission for sterilizing its devices, the manufacturer generally needs to submit a PMA supplement so the agency can review these changes and determine if they also meet internationally agreed-upon voluntary standards that the FDA recognizes. For manufacturers that are 510(k) holders, sterilization method, process or site modifications can be assessed with the FDA guidance document: “Deciding When to Submit a 510(k) for a Change to an Existing Device” for determination on whether the sterilization modifications would trigger the need for resubmission.

The FDA also inspects industrial facilities that sterilize medical devices and medical device manufacturing facilities to make sure that they have validated sterilization processes that meet FDA-recognized standards.

The Environmental Protection Agency (EPA) reviews and enforces the Clean Air Act regulations for sterilization facilities that emit ethylene oxide to ensure that they protect the public from significant risk.

The FDA is actively working with sterilization experts, medical device manufacturers, and other government agencies to advance innovative ways to sterilize medical devices with lower levels of currently used agents, and employ new agents or alternatives, while maintaining device safety and effectiveness. In May 2019, the FDA engaged the infection control community at the Healthcare Infection Control Practices Advisory Committee (HICPAC) meeting to update the public on the FDA’s work and engagement with industry on sterilization modalities with devices that are normally sterilized using ethylene oxide.

In addition, later in 2019, we will announce a public innovation challenge to encourage development of novel sterilization methods, which could include new devices or new modalities that are safe and effective for sterilizing medical devices.

The FDA plans to hold an advisory committee meeting November 6-7, 2019 to discuss how best to advance innovations in medical device sterilization.

Published by FDA.gov on August 12, 2019
Image from Shutterstock