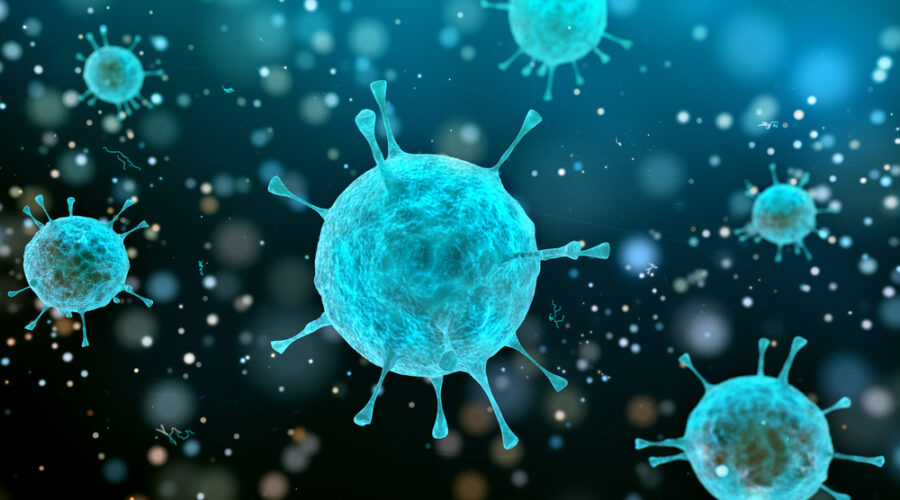 At the University of California Los Angeles, scientists have developed a handheld lab kit that can conduct automated pooled testing for viral diseases, including COVID-19. The technology consists of a microfluidic platform that relies on swarms of magnetic discs, which the researchers have termed “ferrobots”, to shuttle samples through the device and mix them with reagents before reaching an area where a loop-mediated isothermal amplification assay takes place.

The assay amplifies hallmark nucleic acid signatures and allows for rapid identification of a viral pathogen. Cleverly, the device is designed with rapid mass testing in mind, and is conceived as first analysing pooled samples from multiple individuals, and then automatically testing individual samples if the pooled sample yields a positive result. The result is a technology that can quickly assess large groups of people, with less reagents, expense, and time than conventional diagnostic approaches.

The pandemic has fallen from the headlines, but thankfully researchers are still working hard behind the scenes to help us better deal with the next one, or to better prepare for a scenario where SARS-CoV-2 has one last trick up its sleeve – a nightmare variant that sends us back to the bad old days of 2020. In any case, developing better viral diagnostic technologies is no bad thing.

This latest device is designed for mass testing in the field, in locations such as Universities. “Our handheld lab technology could help overcome some of the barriers of scarcity and access to tests, especially early in a pandemic, when it is most crucial to control disease spread,” said Sam Emaminejad, a researcher involved in the study. “And beyond its potential to address issues of short supplies and high demand, it could be broadly adapted to test for many types of diseases in field and with lab-grade quality.”

The system incorporates a circuit board that can move a series of magnetic discs, termed ferrobots, along microfluidic channels. The ferrobots shuttle sample droplets around the device, and can separate and mix samples together, add reagents, and facilitate the loop-mediated isothermal amplification assays to detect viral nucleic acids. These steps are automated and do not require operator input.

The goal of the technology is to initially test multiple samples that have been mixed together, saving reagents. If none of these pooled samples are positive for the virus, then the device can move on to testing the next pooled batch. However, if the pooled batch tests positive, then the system will test each sample individually to identify the positive sample(s). This approach saves a lot of time and reagents, since most pooled samples will not test positive, avoiding the need to test each sample individually.

“This platform’s compact design and automated handling of samples enable easy implementations of pooled testing where you can test dozens of patient samples at the same time, and all with the same materials it currently takes to test just one patient,” said Dino Di Carlo, another researcher involved in the study. “For example, you could test students in an entire college residence hall with just a few dozen test kits.”

This technology is used for testing viral diseases. Do you need a new professional for your MedicalDevice organisation? Check out our services and let us take the hard work out of your hands. Read more about how we can help you here!