From an ICU ventilator to fully automatic ventilation 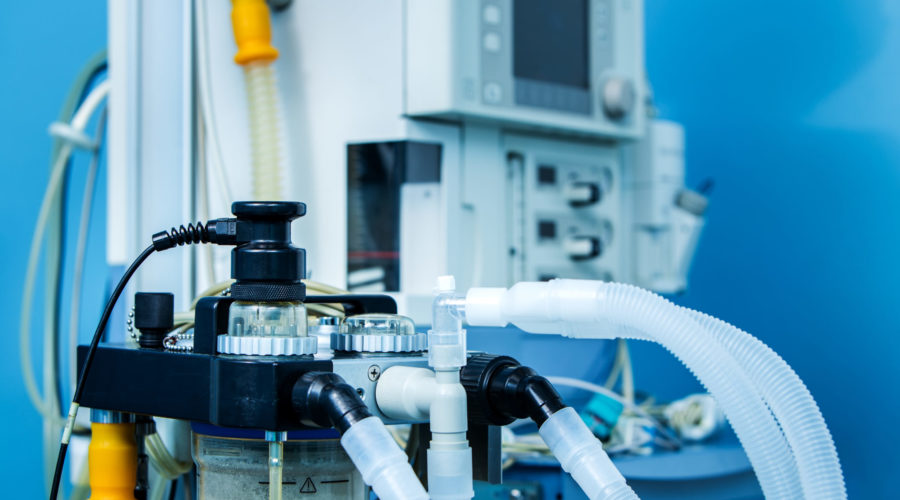 Over the years there have been multiple impacts on ICU ventilators, due to the development of automatisation. ICU ventilators are breathing machines meant to temporally take over the complete breathing of people or partly support the breathing process.

We wanted to know how the ICU ventilators developed throughout the years and what the impact of automatisation meant. Therefore, we talked to Dick van Ginkel a Technician who has experiences working with medical devices such as ICU ventilators in hospitals.

The start of breathing machines

When I started working as a Technician at the Pius hospital in Harderwijk, I dealt with breathing machines with bellow and pump. Everything was mechanical or pneumatic and monitored not very precisely. The entire control technique was implemented within the head of doctors. The doctors monitored the patients and with their knowledge and experience they arranged the ICU ventilator. After some time, the doctor would look at the results of his settings and made changes where necessary. Everything was handled by the doctors, so the ICU ventilator was not at all automatic yet. This meant that, there was no interaction between ventilator and patient.

In 1984 Hamilton Medical in Switzerland introduced the first processor-controlled ICU ventilator, the Veolar. This was the first ventilator with both pressure and flow triggering, by making use of flow triggering the patient is unable to generate negative pressure. By measuring the inspiration flow the inspirational stroke is activated. This costs much less energy or WOB (work of breathing).

In 1991 a digital lung function analyser, “Leonardo”, was launched. A lung function analyser measures and analyses the data intended for the lung function. “Leonardo” was written in Basics, at the time a very well-known software program for Hamilton users. The software was linked to the ICU ventilator via RS232. RS232 is a serial port communication link used in the computer world. RS232 made it possible to display all measured values, curves and loops on a screen. This development quickly began to be monitored with more possibilities and with increasingly accurate measurements and representations. The sensors were smaller, more accurate and faster. More and more options were added, which increased the treatment options. But one thing remained the same: the doctor was still a part of the sequence: patient, ventilation, monitoring.

The measured values were saved on a floppy disk. This way all the information, curves and loops could be reviewed on a computer later on. Hamilton Medical has always measured the pressure and flow as close as possible to the patient. Compared to other fans, it was not necessary to compensate, and one can still see deviating but more accurate curves and values. With the development of the software options the interaction between the ventilator and patient changed. In 1998, Hamilton Medical launched the first partly automatic ventilation mode, ASV. With the ASV option, a part of the regulation was taken over within the given settings and limitations of the doctors. In 2010, Hamilton Medical launched the first complete automatic ventilation mode, ASV-IntelliVent. With the ASV-IntelliVent option, which made the doctor no longer a direct part of the sequence. The ventilator continuously measures and regulates ventilation within the limit value given by the practitioner.

As a Technician, I have seen that the work of doctors and nursing staff has changed, due to the fact that both nurses and doctors are more specialised nowadays. Several years ago, with the arrival of the first surveillance monitor, I received a fault message that a monitor gave a straight line and alarmed. Apparently, the nurse did not realise that this was the ECG curve of the patient she no longer saw. Now nurses and doctors are trained before they can make use of these tools. Because of this, the tools are being used correctly and the knowledge on the possibilities is present.

The technical developments are going fast. The automatic ICU fan with the ASV-IntelliVent option belongs to those developments. Now, that doctors and nurses are being trained before they can make use of these machines, it is crucial that this is done well before the use of the automatic ICU ventilator. Because, the use of the ICU ventilator could have the biggest impact on someone’s life. This has to be done with the right knowledge in mind and in the correct way.

Looking at some developments lately, which are accepted by the society such as an automatic parking system within your car, I believe automatic ICU ventilators could be accepted as well. I have been fortunate enough to work for a trendsetter like Hamilton Medical all this time. “I have this tool in this time, because it remains, seeing development from “pump” to a fully automatic ventilator.”

We want to thank Dick van Ginkel for sharing his experiences regarding the ICU ventilators with us. If you have any comments on Dick’s story, or if you want to share your own story, please contact us via info@medicaldevicescommunity.com or +31(23)7548660