How Abbott is advancing coronary imaging through AI 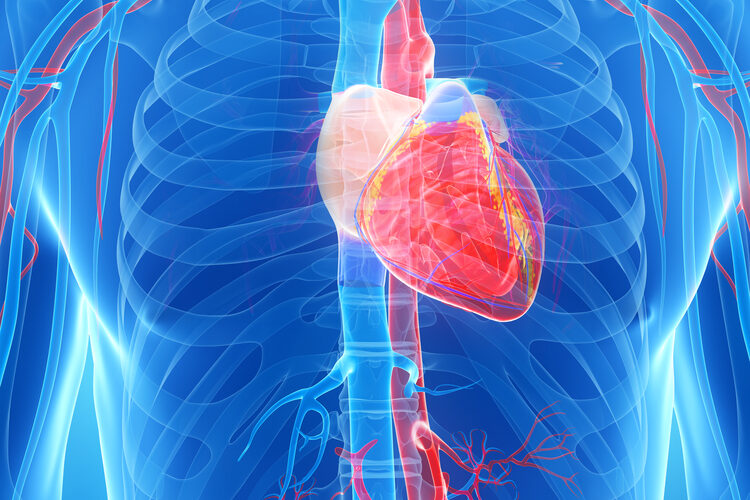 Abbott’s combination of AI and OCT imaging could pave the way for coronary stent placement. X-ray imaging has typically aided the placement of coronary stents. To a degree, it’s worked, but Abbott officials believe there is a better option — one that offers more information about the blood vessel in question than seen before.

“Generally speaking, historically, it’s been guided by X-ray only, and that’s been fine.” ”The problem is when you use X-rays only, you don’t get lots of detailed information about the vessel. So technologies have been developed that can give the cardiologist an inside view of the coronary artery itself prior to and after the stent has been deployed. Our OCT system is one of those.”

Abbott’s OCT system, which this spring launched in Europe after receiving CE mark approval, didn’t take long to make it stateside. The platform picked up FDA clearance on Aug. 3, which West believes opens up an entirely new avenue of opportunities.

“FDA approval is a critical enabler,” West said following the FDA clearance. “There’s kind of no higher bar in terms of data integrity than the FDA. If the FDA approved this, this is a massive step forward for us and for the field of coronary intervention and cardiovascular imaging.”

The system, powered by Abbott’s Ultreon 1.0 software, uses near-infrared light to reflect off the structures of vessels, allowing cardiologists a way to procure precise measurements and obtain a lot of information about the composition of vessel narrowings. West said that some narrowings are calcified and hard while others are softer, and the technology can detect the levels of calcification. Balloons — the standard precursor to a stent — may not be enough to modify a calcified narrowing properly. While an expert might detect and quantify calcification with their prior knowledge, others without as much experience might not. The use of AI to help the software automatically detect calcification allows for users who don’t possess as much expert training as previously required to utilize the platform, which West believes is “absolutely key.”

“What is new about our software platform is while we already have this technology available and it’s used worldwide by cardiologists, what we have done is created a completely new user interface and experience,” West said. “Critically, we’ve made it much simpler.”

Despite the increased accessibility of the platform, nothing is taken away from the platform’s precision, West said. The overarching aim is to ensure that the narrowings are treated properly with a correctly sized stent, which isn’t always possible with an angiogram. With patients who have coronary heart disease, the inner layer of the vessel grows inwards and begins to narrow and occlude the actual artery, so the ability to detect the size and correctly choose the diameter of the stent is something very critical and something “we’re generally very bad at,” West said.

Abbott designed its platform to take the guesswork out of that determination and make it easier for clinicians through automation.

“Holistically, it allows physicians much easier access to make the kind of decisions that we know impact patient outcomes,” West said. “We see this as really important. Innovation to drive improved outcomes and personalize patients’ healthcare experiences.”

West touched on his days as a practicing interventional cardiologist in Cambridge, U.K., when he used a lot of OCT but without the features now being introduced by Abbott. He wished the new features were available then because now he’s had to teach himself how to cope with upgraded menus that he believes became “slightly cluttered.”

The executive compared the situation to an experienced biplane pilot transitioning to a jumbo jet.

“This platform, as it stands, is going to enable the dissemination of this technology to any end-user. That’s the key.”

Right now, the FDA’s labeling for Abbott’s OCT platform stipulates that it is for coronary use only, West stressed, but it has been put to use in other areas.

As part of the vascular division at Abbott, West said other blood vessels that could pose an intriguing target for this type of imaging would be the lower limb, with critical limb ischemia potentially constituting a point of interest down the line. While it’s limited to coronary use only for now, West said AI-powered OCT imaging is a space to watch.

“There are many barriers and resistances to using any new technology, and there’s perceived ease of use and perceived benefit,” West said. “Perceived ease of use is critical — if it’s difficult, people won’t use it. Getting over that hurdle of it’s not complex and not just for experts, and it will improve your patient outcomes is absolutely critical. If people latch onto the AI thing, I want to be a part of that.”

West concluded that the introduction of the platform is “a huge step forward into the future,” with the potential to move the needle for the quality of percutaneous coronary intervention procedures and outcomes. Making the work easier for physicians improves things for everyone in the healthcare ecosystem, he said. And, West was quick to point to the fact that the Ultreon platform was assigned a number, meaning it’s not the first and only generation Abbott will produce.

“There is a statement of intent having a number after it,” West said. “‘The Godfather’ was ‘The Godfather’ and it wasn’t until [‘The Godfather] Part II’ came out that anyone knew there was going to be a Part II. We’re telling you right now, with Ultreon 1.0, there are going to be successors to this and we’re already working on future iterations, added innovations, tools and functionalities that will further improve this offering.”