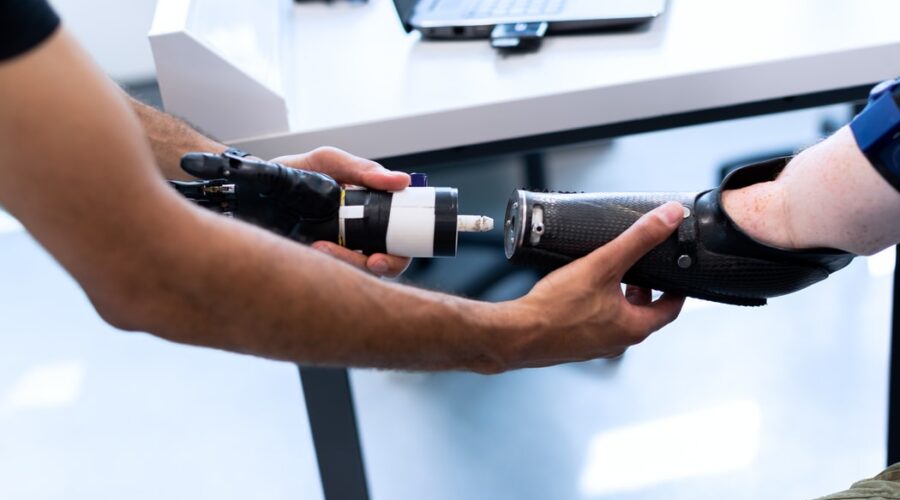 At MIT a team of engineers have developed a system that they claim will enhance a user’s control of a bionic limb. The technology consists of implantable magnetic beads and a series of sensors that can monitor their movement. When implanted within a muscle in a residual limb, pairs of the beads can provide information on muscle movement that the sensors can relay to a prosthetic, potentially controlling its movements more precisely than existing electromyography systems.

The researchers hope that this approach could enhance user experiences with assistive technology, including bionic limbs or other assistive devices to enhance movement in cases of muscle weakness.

Neuroprostheses are set to revolutionize how amputees and other patients with mobility or dexterity issues interact with the world. However, they are still in their infancy, often proving too expensive, heavy or complex for widespread adoption. Researchers are working hard to refine them, with the ultimate goal that they work seamlessly and are accessible to all who need them.

It is no easy task to infer the intended movement of an amputee from the electrical activity in the muscles of their residual limb, but such electromyography is the current standard when it comes to communication between a user and a bionic limb. “When you use control based on electromyography, you’re looking at an intermediate signal. You’re seeing what the brain is telling the muscle to do, but not what the muscle is actually doing,” said Cameron Taylor, a researcher involved in the study, in an MIT announcement.

In an effort to streamline the communication between muscles and an external device, these researchers turned to implantable magnets and a technique called magnetomicrometry. “Our hope is that magnetomicrometry will replace electromyography as the dominant way to link the peripheral nervous system to bionic limbs,” said Hugh Herr, another of the developers of the new technology. “And we have that hope because of the high signal quality that we get from magnetomicrometry, and the fact that it’s minimally invasive and has a low regulatory hurdle and cost.”

The approach involves implanting pairs of small magnetic beads into muscles in a residual limb, or other areas of the body that require bionic assistance, such as a limb with muscle weakness. As the muscles contract and elongate, the magnetic beads move relative to each other, and the researchers can read and interpret these movements using external sensors, which can either be applied to the skin or form part of the bionic device. So far, the technique has shown promise in animals, and the researchers hope to move to human studies.

“With magnetomicrometry, we’re directly measuring the length and speed of the muscle,” said Herr. “Through mathematical modeling of the entire limb, we can compute target positions and speeds of the prosthetic joints to be controlled, and then a simple robotic controller can control those joints.”

Is your organisation looking for Medical Devices professionals who can contribute to your R&D team to invent new devices such as this one, for example? See how we can help by clicking here!