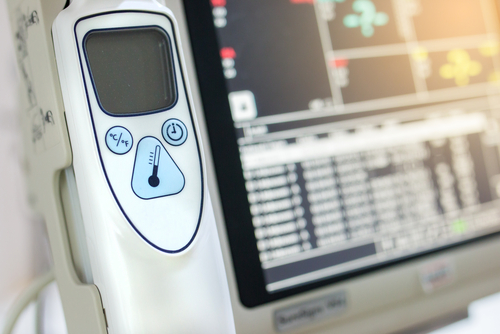 The U.K. has left the European Union. However, while U.K. politicians sought to frame that outcome as getting Brexit done, in practice the divorce process is ongoing and many questions critical to the future of medtech remain unanswered. Here, we look at the current understanding on three key questions for medtech, starting with the status of the Medical Device Regulation (MDR) and its in vitro diagnostic sibling.

The U.K. is positioned to retain existing EU laws after its full departure from the Union. As the U.K. withdrawal act states, “EU-derived domestic legislation, as it has effect in domestic law immediately before exit day, continues to have effect in domestic law on and after exit day.” In theory, the U.K. could unilaterally stop applying MDR rules after the transition period ends. In the case of IVDR, the U.K. never needs to adopt the rules at all as they are due take effect after it leaves the EU. However, the U.K. government, under Prime Minister Boris Johnson and his predecessor, has consistently stated a desire to retain aspects of EU life science law, most explicitly in its no-deal preparations.

“The UK MDR 2019 will also transpose all the key elements contained in the EU MDR and EU IVDR, which will be brought into force in line with the transitional timetable being followed by the EU for the full application of those two Regulations,” the document states. That document was pulled when the U.K. struck the withdrawal agreement but it reflects what actions the government planned to take in the event it was completely freed from EU law. The complication is that, while the U.K. can transpose MDR into its own laws, it may be cut off from some of the EU systems that facilitate the regulations.

What’s the timeline on the transition period and final deal?
The U.K. left the EU on Friday. In theory, trade talks could have begun Saturday. However, the European Commission has said ”it will certainly not be before the end of February, beginning of March.” The EC will only enter into talks once it has formally adopted negotiation directives.

A March start creates a tight timeline. If the EU is to ratify the trade deal by the end of the transition period on Dec. 31, it will likely need a checked and translated version ready for the penultimate plenary session of 2020 at the end of November. Alternatively, the withdrawal agreement permits the U.K.-EU joint committee set up to oversee the transition to extend it by up to two years. However, a decision to extend must be made by July 1.

Johnson has said the U.K. will not extend the transition period, reportedly going as far as looking into legally prohibiting that option. The upshot is the U.K. will need to ink a trade deal between March and November. Switzerland has spent years working on a similar deal. If the U.K. is unable to hit the deadline, it will leave the EU without a deal at the end of 2020. That outcome would result in the hard split that businesses feared throughout the first round of talks with the EU, potentially leading the U.K. to activate the no-deal preparations it made before striking the withdrawal agreement.

“While preserving regulatory autonomy, the arrangements should include provisions to promote regulatory approaches that are transparent, efficient, compatible to the extent possible, and which promote avoidance of unnecessary regulatory requirements,” the declaration states. The declaration singles out “licensing procedures” as an area of interest for the talks.

In working toward that shared goal, the U.K. and EU intend to “establish a framework for voluntary regulatory cooperation in areas of mutual interest, including exchange of information and sharing of best practice.” What that will mean in practice is unclear. Clarity may only come once the EC shares its negotiation directives and both sides gradually reveal where they are willing to compromise. As it stands, the starting positions of the two sides appear to be fairly far apart, with the U.K. seeking to depart decisively from EU rules and gain more control over its affairs. The EU is keen to stop the U.K. from taking actions that give it an advantage over the remaining 27 Member States, for example by breaking the state aid laws governing those countries.

Published by medtechdive.com on February 4, 2020
Image by Shutterstock