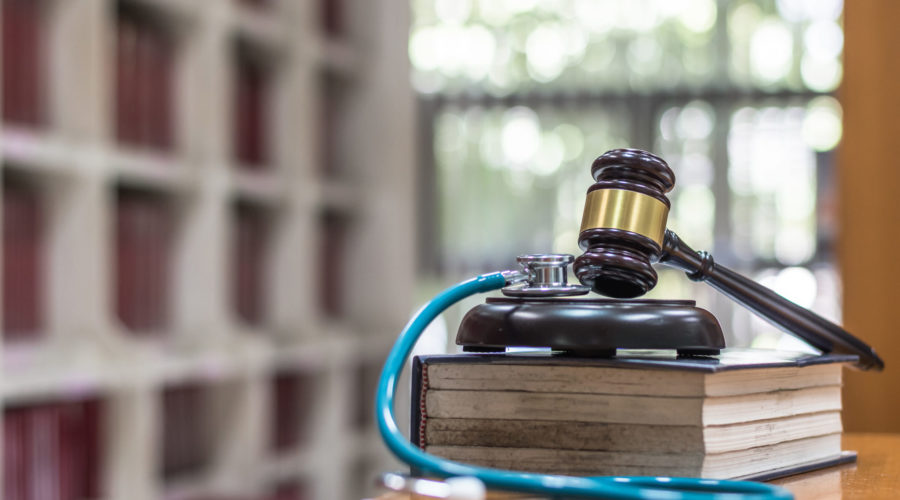 Lorraine Bonner felt as though she was the only one. The surgical staples used to seal her colon after surgery had leaked, she has alleged in a lawsuit, spurring additional surgeries and a long, difficult recovery.

And then, just over a year after the ordeal, she read a Kaiser Health News investigation that described worse cases. KHN revealed that the Food and Drug Administration (FDA) had allowed stapler maker Covidien to quietly file tens of thousands of reports of stapler malfunctions into a then-hidden database.

Alarmed that others had been harmed and reports had been hidden, Bonner, a retired Oakland, California, doctor, decided to go forward with a lawsuit against the stapler maker.

“If the information had been out there, then maybe Covidien would have changed the design of the staplers and made them safer,” she said, “and that would have obviated the problem in the first place.”

Bonner’s lawsuit is one example of how a vast cache of records that were released this summer is taking on a life of its own.

For almost 20 years, malfunctions and injuries linked to 108 medical devices, including dental implants and pacemaker leads, were funneled into an FDA database that few patients, doctors or even FDA officials knew existed.

In 2016, for example, Covidien reported 84 injuries or malfunctions in the public database known as MAUDE, while nearly 10,000 incidents flowed into the hidden database, KHN reported in March. A few MAUDE reports mentioned the existence of an “alternative summary reporting” program, but, until this summer, the FDA made that internal data available only through the Freedom of Information process, which can take up to two years.

KHN’s investigation prompted then-FDA Commissioner Scott Gottlieb to pledge in a tweet to open the hidden data to the public. The agency released all 5.7 million records in June.

Since then, researchers, lawyers and the FDA’s own officials have taken a closer look at the data to learn more about which devices malfunctioned, and how often.

Libbe Englander, the founder and CEO of Pharm3r, a medical data consulting firm, discovered that the devices in the hidden database were much riskier than other devices tracked by the FDA.

Her firm concluded that the hidden reports were “more likely to be associated with life-threatening devices and to contain potentially serious problems.”

For example, just 10% of the devices tracked in the MAUDE database are implanted in the body. But 44% of those in the hidden data are lodged in a patient’s body, including pacemakers and heart valves.

The Pharm3r report also found that the devices in the hidden data were more likely to be subject to a Class I recall, initiated when a device problem could cause serious injury or death. The report also underscored how vast the now-open data are―accounting for about 40% of the total device-problem reports lodged with the FDA over the past two decades.

The once-hidden reports also figured into the ECRI Institute’s annual list of health technology hazards, a list circulated to hospitals and health systems.

ECRI found that this year’s No. 1 hazard was misuse of the surgical stapler―which has been linked to 412 deaths, more than 11,000 serious injuries and nearly 100,000 malfunctions since 2011, according to the FDA.

“Most of these [stapler] reports had not previously been accessible to the public,” the ECRI report notes. ECRI has advised doctors to have a backup plan in place in case a stapler malfunctions during surgery.

“If a hazard is getting a lot of attention, hospitals want to have a plan to address that,” said Rob Schluth, a senior project officer with the institute.

For Bonner, the problems with a surgical stapler became apparent just over a week after she had colon surgery in November 2017. Retired from a career as a hospital physician, she knew the steps to take toward recovery. But she felt nauseated all the time and could barely hold down water.

“I was trying to get up and walk,” she said. “I was doing everything, but I just got worse and worse.”

Doctors went in for a second surgery on Dec. 6 and found infected pus filling her abdomen. They routed her colon’s contents to be collected outside her body. It took additional surgeries to restore her colon function and address hernias caused by the procedures.

Bonner’s lawsuit alleges that a Covidien stapler caused her bowel leak and that the company, by not reporting malfunctions to the public database for years, has “hidden the true risks of using the device from surgeons and patients.”

In court records filed in the ongoing case, Covidien denied all of Bonner’s claims but did say that the FDA invited the company in 2001 to submit stapler malfunctions with quarterly “alternative summary” reports.

Medtronic spokesman John Jordan said the company does not have a comment on the pending legal case.

Other devices are under scrutiny. The once-hidden data showed more than 2 million problems with dental implants.

During an October FDA webinar on dental devices, an FDA official said her office was “taking a deeper dive and trying to identify lessons learned” from dental implant incidents.

Dr. Malvina Eydelman, of the Division of Dental Devices in the agency’s device branch, acknowledged that the number of events was “very high” and said her team was trying to develop a plan to share information with the public.

Also under scrutiny are the textured breast implants made by Allergan. The company’s Biocell implants, recalled in July, have been linked to 12 deaths and 481 of the 573 worldwide cases of “breast implant-associated” lymphoma, according to the FDA. Breast implant injuries and malfunctions accounted for nearly half a million reports in the hidden database, including implants that leaked, deflated or migrated.

Patients in Missouri, California, New York and Illinois have filed federal class action lawsuit against Allergan in recent weeks, each decrying the company’s heavy use of the “alternative summary reporting” (ASR) program to file injury reports―which were analyzed by the International Consortium of Investigative Journalists.

A class action case filed in Florida notes FDA rules say that alternative summary reports cannot include severe or unexpected events, “yet it is believed that these incidents were kept hidden in ASRs,” including at least one lymphoma case.

Allergan has not yet responded to the class action cases or to calls for comment. It denied the “threadbare” allegation in the securities lawsuit, citing the KHN article, which “makes clear that the filing of ASRs was permissible and even encouraged by the FDA to reduce ‘redundant paperwork.’”

While the FDA has ended the ASR program, it opened the door for makers of more than 5,000 device types to file quarterly summaries of reported malfunctions. In each case, the devicemaker must file a public report to the MAUDE database noting how many reports were filed directly with the agency.

An FDA spokeswoman said the agency has stopped accepting summary reports of injuries cited in pelvic mesh lawsuits. The agency does continue to accept hundreds of death report summaries under a special exemption for devices tracked in a “registry” held by a specialty medical society.

“We are in the process of reviewing the effects of these changes and will continue working to improve the usability and transparency of information in the MAUDE database—whether that information was submitted as a summary or individual report,” FDA spokeswoman Stephanie Caccomo said in an email.

The release has not been as informative as Madris Tomes had hoped, she said, given that the FDA did not disclose data on how the devices harmed patients. Tomes is a former FDA manager who runs the company Device Events, which analyzes FDA data.

For instance, she said a breast implant injury report might say there was a “biocompatibility” problem, but it’s unclear what happened to the patient.

“Did it result in lymphoma or the patient needing a device replacement?” asked Tomes. “Without that outcome, we’re still a little bit in the dark on what this data means.”

Published by Fiercebiotech.com on December 3, 2019
Image by Shutterstock