Medical device regulation: Is a national database the right solution to unsafe devices? 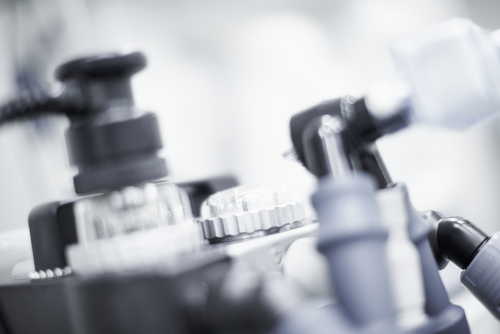 An investigation led by International Consortium of Investigative Journalists (ICIJ) has found that many patients could have been fitted with devices such as pacemakers and hip replacements that are unsafe due to weak medical device regulation.

The Implant Files, an investigation involving 58 media organisations including the BBC and The Guardian, has uncovered a lack of consistent medical device regulation. Unlike drugs, medical devices do not have to go through a rigorous clinical trial procedure, meaning devices can make their way onto the market without being tested on humans first. The investigation has found that some devices have been tested only on baboons or pigs before getting the go-ahead for human patients.

Governments in some countries do not have any form of medical device regulation, and in the ones that do, a lack of transparency and robust regulation means that device companies are able to abide by lower safety standards.

For example, there is currently no European government body to check devices before they are allowed to be given to patients, and instead there are over 50 notified bodies that issue approval. This means that implant companies can shop around until a device is approved, and many international device manufacturers are able to take advantage of the EU’s relaxed legislation.

As a result, devices are given the go-ahead without robust testing, which can mean that devices that are recalled in in some countries remain on sale in others. The investigation has found that defective devices could be linked to almost 83,000 deaths in the US between 2008 and 2017.

Medical device regulation: a database could be a solution

In response to the revelations, the Royal College of Surgeons (RCS) has called for a UK database of all medical devices to make it easier to monitor whether a surgical innovation is causing harm. In a statement, Professor Derek Alderson, president of the RCS explained why a database is necessary:

“The RCS believes that all new surgical procedures and devices should be registered, with related data collected in the appropriate national audits, before they are routinely offered to patients. All implantable devices should be registered and tracked to monitor efficacy and patient safety in the long-term.  This requires Government funding and support, and potentially national guidelines on the introduction of new procedures and technologies.

“Where feasible, there should be clinical trials, although that can be difficult for some procedures. Surgical trials, many of which the RCS supports, play a critical role in improving patient care – and testing the safety and efficacy of new innovations and devices.

“It is imperative that when adverse incidents do occur they are reported by staff and thoroughly investigated by the Medicines and Healthcare products Regulatory Agency (MHRA).”

What form could the database take?

The ICIJ has already gone some way to increasing transparency around the safety of medical devices by creating a new database of more than 70,000 recalls, safety alerts and field safety notices about medical devices distributed worldwide. This is designed to make it easier for patients to find out whether a device has been subject to recalls or safety concerns.

However, what the RCS is proposing goes on step further: the mandatory registration of all implantable devices to create a UK database, making it possible to track all inserted devices for adverse results.

Currently, it is difficult to track whether a patient has had a device fitted, meaning in the event of a product being recalled a database would be a way to inform patients affected.

Biotechnology law expert Wendy Bonython, explained to Australian news network SBS News what information a database of this nature could include:

“As an absolute minimum, we need to see an implementation of an implantable device register. Whereby, every patient who has a long-term implantable medical device: their contact details, the make, the manufacturer and the model, all those things are tracked and recorded.”

As no centralised record of implantable devices currently exists, the practicalities of implementing such a system, as well as concerns over data privacy, would require government backing, substantial funding and industry cooperation.

The RCS has suggested that national guidelines on new medical procedures and technologies could help in the enforcement of tighter regulation.

New EU regulations, designed to introduce stricter controls on medical devices, are due to come into effect in 2020. However, The Implant Filesfound that sustained pressure from lobbyists has meant that this new medical devices regulation has been redrafted to more closely resemble the current light-touch safety regime.

The “drastic regulatory changes” proposed by the RCS could suffer the same fate.

According to the BBC, when the new EU medical device regulation was proposed, it was the the subject of an intensive lobbying campaign from the medical devices industry, called “Don’t lose the 3”, referring to the three years less it takes for a device to be approved in the EU than in the US.

Published by www.medicaldevice-network.com  on November 26, 2018