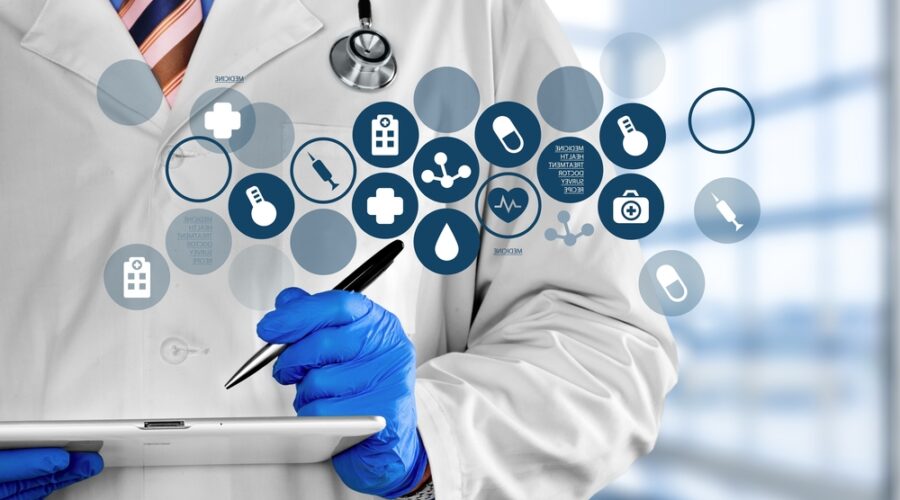 Medtronic plc (NYSE:MDT), the global leader in medical technology, today announced it has received CE (Conformité Européenne) Mark for a one-month dual antiplatelet therapy (DAPT) indication for high bleeding risk (HBR) patients implanted with the Resolute Onyx™ Drug-Eluting Stent (DES). For HBR patients, whose bleeding risk may be increased by taking longer DAPT regimens (a combination of aspirin and anti-clotting medication), this new, first-of-its-kind indication allows physicians to recommend a shorter, one-month regimen of DAPT, following a percutaneous coronary intervention (PCI) with Resolute Onyx. The approval is the first of its kind globally. Resolute Onyx DES is available for use in the United States, as well as in Europe and other countries that recognise the CE Mark. Resolute Onyx DES is not currently indicated for HBR patients with one-month DAPT in the United States. Data have been submitted to the FDA with the intent of obtaining a one-month DAPT US Indication for Resolute Onyx DES.

HBR patients – including older patients, those with history of bleeding, or those on oral blood-thinning drugs – are a complex patient population that makes up nearly 40 percent of all PCI patients1. HBR patients on longer DAPT regimens are three times more likely to have bleeding events than the general population undergoing PCI2. Due to its biocompatible polymer and the ability to promote fast vessel healing, the Resolute Onyx DES has demonstrated through pre-clinical and clinical studies that it is well-suited for patients who may benefit from a shorter DAPT duration.3,4

“The use of DAPT for DES is a challenge for HBR patients who may not be able to safely tolerate the same therapy duration as recommended for the broader patient population,” said Azeem Latib, M.D., section head of interventional cardiology & medical director of structural heart interventions at Montefiore Medical Center in New York City. “Through the Onyx ONE Global Clinical Program, we have observed that Resolute Onyx DES with one-month of DAPT in these complex patients is safe and effective. This indication will further substantiate the option for shorter DAPT regimens, if individual patient needs demand it.”

The indication is based on results from the Onyx ONE Global Study, the first prospective, randomised, one-month DAPT trial comparing Resolute Onyx to a competitive DES (BioFreedom™ DCS) in nearly 2,000 HBR patients. In the study, Resolute Onyx met its primary composite endpoint of cardiac death, myocardial infarction (MI) or stent thrombosis (ST) at one-year showing non-inferiority versus BioFreedom DCS. Results from the global study were shared during a Late-Breaking Clinical Trial session at the 31st Transcatheter Cardiovascular Therapeutics (TCT) Conference in September 2019 and were also published in the New England Journal of Medicine3.

“The growing body of clinical evidence supports the use of Resolute Onyx to meet the needs of complex patient populations,” said Dave Moeller, vice president and general manager of the Coronary and Renal Denervation business, which is part of the Cardiac and Vascular Group at Medtronic. “Resolute Onyx has shown exceptional outcomes in complex patient populations and anatomies, including those at a high risk of bleeding, which has helped pave the way for this first-of-its-kind approval.”

The Onyx ONE Global Study, together with the Onyx ONE Clear Study, a study that evaluated Resolute Onyx DES in HBR patients with one-month DAPT in the United States and Japan, make up the robust Medtronic Onyx ONE Month DAPT Program that has enrolled approximately 2,700 patients at up to 130 sites worldwide. To date, more than 22,000 patients have been studied in Medtronic sponsored and funded clinical trials that have addressed DAPT duration.

In collaboration with leading clinicians, researchers, and scientists worldwide, Medtronic offers the broadest range of innovative medical technology for the interventional and surgical treatment of cardiovascular disease and cardiac arrhythmias. The company strives to offer products and services that deliver clinical and economic value to healthcare consumers and providers around the world.

Published by globenewswire.com on June 5, 2020
Image by Shutterstock