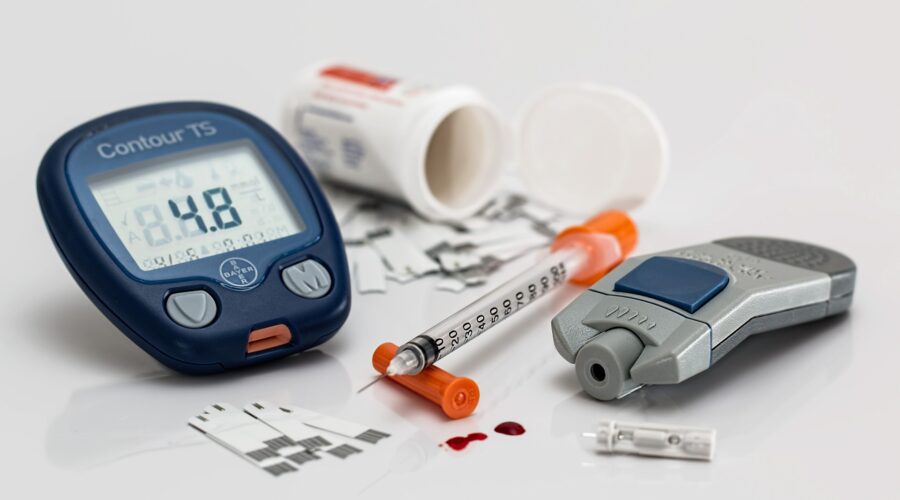 MIT engineers are working on an app that identifies and quantifies food content, which can aid in carbohydrate counting for people with diabetes.

The MIT researchers say it’s hard for people with diabetes to maintain a treatment regimen. Typically at every meal, they need to estimate carbohydrate content, draw blood to measure blood glucose levels, and calculate the proper insulin dose before injecting the insulin. The researchers say they’ve developed a new approach that makes the process easier and more efficient while helping diabetes patients maintain their healthy glucose levels.

“Any intervention that makes it easier for patients to receive therapy can have an enormous impact, because there are multiple barriers that have to do with time, inconvenience, dexterity, or learning and training,” said MIT mechanical engineering professor Giovanni Traverso — also a gastroenterologist at Brigham and Women’s Hospital.

“If we’re able to overcome those barriers through the implementation of new engineering solutions, it will make it easier for patients to receive that therapy,” Traverso said in an MIT website post.

Traverso and colleagues at MIT designed two devices to help calculate and inject the correct insulin dose and say that one could be used by patients in “the near future.” The second, a prototype, incorporates flexible electronics onto the surface of a needle so blood measurement and insulin delivery can be performed through the same needle, potentially further streamlining diabetes management.

MIT postdocs Hen-Wei Huang and Sean You, along with visiting students Luca Di Tizio and Canchen Li, represent the lead authors of a paper on the technology, which appeared in the Journal of Controlled Release. They aim at improving a process that sometimes involves blood glucose monitors and insulin pumps, but more regularly involves the more manual finger pricks and syringes.

“Every day, many patients need to do this complicated procedure at least three times,” Huang said. “The main goal of this project is to try to facilitate all of these complex procedures and also to eliminate the requirement for multiple devices. We also used a smartphone camera and deep learning to create an app that identifies and quantifies food content, which can aid in carbohydrate counting.”

Both of the devices developed by the MIT researchers incorporate a new smartphone app that has patients first take a picture of their food. From there, the app estimates the volume of food and the amount of carbohydrates based on nutrient information from a USDA database.

One device includes a lancet for blood drawing and glucose test strips. After blood glucose is measured, the device relays the measurement to the app through Bluetooth to calculate the correct insulin dose. The device also includes a needle that injects the correct amount of insulin, MIT said, automating the process of pricking skin, collecting blood, calculating glucose levels and injecting the right amount of insulin. Huang said this means the patient no longer needs a separate lancing device, glucose meter and insulin pen.

Components of the MIT device already hold FDA approval, but it has not been tested in humans at this stage. Non-human tests in pigs demonstrated accurate glucose measurements and insulin delivery.

The second device developed by the researchers began with the aim of creating a system that requires only one needle prick, leading to the design of a glucose sensor to be incorporated into the same needle used for insulin injection. The platform has a flexible electronic sensor that can be attached to the needle and measure glucose in the interstitial fluid below the skin’s surface.

Once the needle penetrates the skin, it takes between 5 and 10 seconds to make its measurement before transmitting to the app, which then calculates the insulin dose and delivers it through the inserted needle. Tests in pigs showed accurate measurements with the system and a drop in glucose levels after insulin injection.

The researchers expect further development before the second device can be tested in patients due to the novel glucose sensor used. They have filed for patents on both devices and said they hope to work with companies to further develop them.

“The idea would be that if we can integrate the glucose sensor directly onto the surface of the insulin delivery needle, we would only need one stick for the patient, which minimizes pain and also makes the whole process easier to administer,” You said.

The MIT Department of Mechanical Engineering and Brigham and Women’s Hospital funded the research.

The first drug with an embedded biosensor