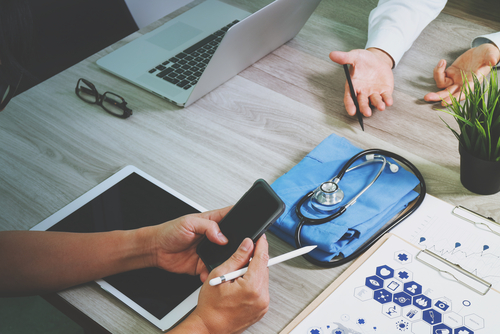 Researchers at the University of New South Wales (UNSW) and University College London (UCL) have developed a mobile app which allows users to track how their mood and emotions impact their cognitive performance.

The Emotional Brain Study mobile app has now been released on Apple’s App Store and the Google Play Store.

App users are asked a series of basic questions about their current mood, what they are doing and whether or not they are alone. They are then given five different memory and attention-based tasks to complete, while being presented with imagery designed to elicit either an emotional or neutral response.

The app also includes optional questionnaires to find out whether a person’s current mental wellbeing is related to how easy or difficult it is for them to play the emotional brain games.

The results of their performance are anonymously recorded by UNSW and UCL’s Institute of Cognitive Neuroscience. The information is designed to be collated in a large-scale dataset to see if there are any common patterns of behaviour.

UCL postdoctoral fellow Susann Schwizer said: “If we are able to show these patterns in a large-scale dataset, we can potentially use these types of tasks to detect early signs of low mood in a non-stigmatising and fun way, especially when thinking about young people.”

The development comes following the results of a laboratory study carried out between UNSW and UCL, which found that performance in a series of memory and attention based tasks influenced by emotional stimuli can reveal an individual’s capacity for psychological resilience.

Schwizer said: “In the lab, performance on these types of tasks differentiates between individuals who are psychologically healthy and those with a wide range of mental health problems including disorders such as depression, anxiety and schizophrenia.

“What we’re really interested in is to confirm that what we’ve observed in the lab will also be replicated in the world at large as people play the games in this app.”

Published by Medicaldevice-network.com on August 5, 2019
Image by Shutterstock