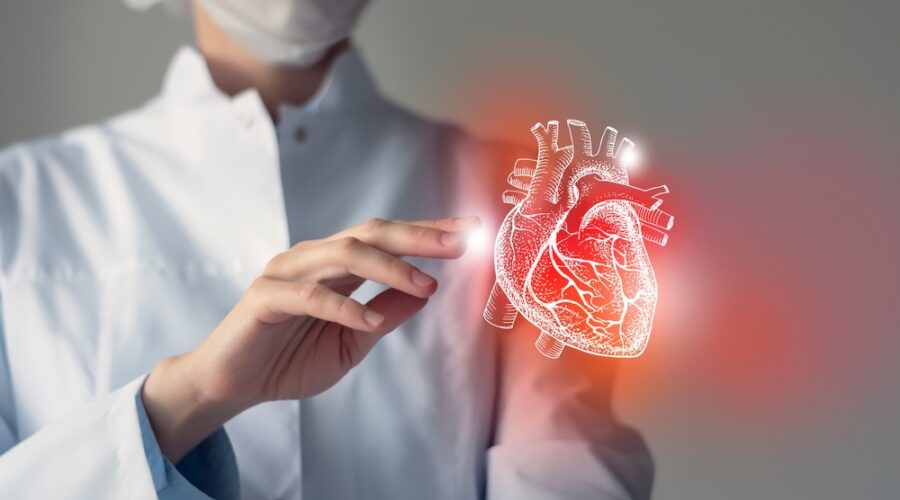 Cordio Medical, a medtech company based in Israel, has developed HearO, an app that can assist in monitoring congestive heart failure. The technology is based on the phenomenon whereby congestive heart failure patients demonstrate changes in their voice as their disease progresses or in advance of disease exacerbation. This includes lung sounds, such as wheezing and crackling. Indeed, some cardiologists report that they can hear changes in their patient’s voice, but that this typically occurs relatively late during disease exacerbation, making it less useful.

This phenomenon inspired Cordio Medical to develop an AI-powered app that can help patients to monitor their condition. AI is well suited to identify subtle changes in a patient’s voice that would be difficult or impossible to identify manually. The procedure involves a patient repeating the same phrase daily, and the app analyses this recording and compares it with a baseline reading. If anything has changed, the app will notify a healthcare provider.

Medgadget had the opportunity to speak with Tamir Tal, CEO of Cordio Medical, about the firm’s technology and its capabilities.

Conn Hastings, Medgadget: Please give us an overview of congestive heart failure and its impact on patients.

Tamir Tal, Cordio Medical: Heart failure (CHF) is a global pandemic, and the statistics are alarming; 2% of the global population is hospitalised yearly due to CHF, and another 6.5M are diagnosed and afflicted with an incurable disease. Each year, ~1.1M people are hospitalised with CHF, creating a financial budget of ~$40B total, making it one of the most prevalent and costly conditions in the world.

CHF occurs when the heart muscle doesn’t pump blood as well as it should, causing blood to back up and fluid to build up in the lungs and legs. This fluid buildup can cause shortness of breath and swelling of the legs and feet. For most people, heart failure is a long-term condition that can’t be cured, but treatments are available to help keep the symptoms under control, possibly for many years. One of the main treatments for stabilising patients with fluid imbalance is diuretics, which allow the body to release excess fluid. The dosage of prescribed diuretics is minimal, so the patient does not risk developing kidney failure. Even a slight change in a patient’s condition can lead to hospitalisation.

Medgadget: How are such patients monitored at present? Did you identify any shortcomings in this space?

Tamir Tal: Presently, remote monitoring technologies are utilised to provide clinicians with early indications of CHF decompensation. This technology allows therapy optimisation to prevent HF hospitalisations further, but the need for reliable remote monitoring technology has never been greater. While there have been introductions of wearable devices, invasive sensor devices, or remote tests, the current standard of care is often inaccurate, non-compliant, difficult to use, and costly for patients.

Medgadget: Please give us an overview of HearO and how it works.

Tamir Tal: The HearO® is a medical-grade digital platform that enables CHF monitoring through advanced speech analysis technology, transforming standard mobile devices into advanced medical devices. This product will finally close the market gap by introducing a low-cost, easy-to-use monitoring device available for all CHF patients – including class 1 & 2. HearO® is not universal but personal.

This patient-dependent system allows the patient to have more control over their own health using our easy software device. In addition, the system is language independent. We already have it working in six languages and can easily expand into other languages.

Medgadget: How does heart failure affect the voice, and how did you train the software to recognise this?

Tamir Tal: There is a proven relationship between CHF and speech processing. Cardiologists can hear a change in the patient’s speech patterns when congestion is symptomatic. Unfortunately, this observation often comes too late after the patient’s deteriorating condition. Respiratory sounds can provide critical information depicting the physiologies and pathologies of lung and airway obstruction. Lung sounds such as wheezing, crackles, and others are commonly monitored during CHF clinical evaluations.

Cordio successfully developed modifications to existing speech processing models used in apps such as Alexa and Siri, making them viable for CHF detection and monitoring. The base of this model is the concept that the lungs act as the engine of the speech process. HearO® analysis algorithms were developed by measuring changes in the energy generator of speech. One analogy to help understand this technology is a car engine filling with fluids; the car can drive well for a while, but eventually, the engine will be congested, and the car will stop. The HearO® is a sensor that indicates these changes by analysing the patient’s speech and detecting events before the patient can feel it and the cardiologist diagnoses it, therefore alerting the Clinician to increase temporary diuretics dosage to overt extended hospitalisation.

Medgadget: What inspired you to develop this technology? How did it come about?

Tamir Tal: The idea for Cordio came from a Cardiologist, who mentioned that although he can hear in his CHF patient’s voice that they are congested, it’s often too late. This inspired us to start researching if speech processing and AI technologies could detect congestion sooner and allow the clinic to intervene in time to slow down patient deterioration.

Medgadget: Do you have any clinical studies ongoing at present? Where is the technology at present in terms of its clinical, regulatory, and commercial pathway?

Tamir Tal: HearO® was tested and validated on more than 700 patients in three different studies. Each study has been published:

The HearO® received a Breakthrough Device designation from the FDA and is currently in the midst of a US pivotal study. HearO® already has CE approval, and pilots are planned to start in UK, Germany, and Spain in the coming months.

Heart failure is linked to alterations in patients’ voices as a result of using this technology. Do you need more manpower but are not able to find the right person for your MedicalDevice organisation? Let our experts help you to find the right match. Find out more about our services and decide which one is suitable for you here!