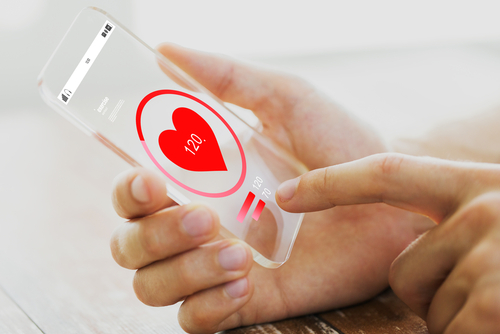 Nanowear said today that it has launched a heart failure management and alert diagnostic validation study of its medical-grade, cloth-based nanosensor technology.

The clinical study will begin at Penn State Milton S. Hershey (Penn.) Medical Center and Hackensack (N.J.) Meridian Health Systems. It aims to validate and provide a pathway to clear its own diagnostic algorithm generated from its non-invasive, size-adjustable and gender-neutral SimpleSense garment.

Dr. John Boehmer, director of Penn State Hershey’s heart failure program, has worked with Nanowear since 2018 in developing the validation study and is the principal investigator. People discharged from the hospital after an episode of worsening heart failure are readmitted at a rate of 22.5%, or almost one in four, according to Boehmer.

“This contributes to the more than 1 million heart failure-related readmissions annually costing the U.S. healthcare system $40 billion every year,” he said in a news release. “My research involves finding ways to monitor a patient in their home to detect worsening heart failure before he or she becomes increasingly symptomatic and must go to the emergency room, and ultimately are admitted to the hospital. The goal is to make the form factor and use case as simple and as cost-effective as possible, resulting in little or no effort from the patient. Nanowear’s core technology of cloth-based, dry-contact electrodes provides both excellent electrical signals to monitor the heart as well as impedance cardiography and thoracic impedance measurements to monitor both heart and lung function. Combined with heart sounds, activity, and posture, a high fidelity multi-sensor recorder can be generated to monitor the heart failure condition.

“The majority of patients with heart failure do not require a permanent implant for the management of their heart failure,” Boehmer added. “The greatest need for remote monitoring is addressed by Nanowear’s non-invasive short-term connected-care system, particularly for high-risk patients such as those being discharged from the hospital following an episode of worsening heart failure. Nanowear’s platform allows recordings of higher fidelity information for longer periods of time than can be accomplished with implantable systems that are compromised by memory and power limits. We are excited to collect multiple terabytes of patient data in validating Nanowear’s alert algorithm for the early detection of worsening heart failure following a heart failure hospitalization.”

The Nanosense validation study is a multi-center, prospective, non-randomized, observational, non-significant risk study. It will enroll up to 500 subjects in up to five centers in order to collect clinical endpoints which includes at least 150 heart failure hospitalizations in participating subjects.

“We’re thrilled to reach this clinical-stage milestone with our heart failure device and digital diagnostic platform,” said Nanowear CEO Venk Varadan. “Early patient and practitioner feedback indicates favorable experience with our garment as well as engagement with our patient-facing mobile application and provider-facing web portal. We firmly believe that our platform can reduce the burden of costly heart failure-related hospitalizations for millions of patients, many of whom are (on) Medicaid or uninsured. Further, the Nanosense alert diagnostic will serve as an upstream advanced screening tool for therapeutic interventions beyond medications, such as implantable devices. This will be valuable for Centers for Medicare and Medicaid Services (CMS) and commercial payers who are seeking novel, upstream heart failure management tools that are data-driven.”

Published by Medicaldesignandoutsourcing.com on July 22, 2019
Image by Shutterstock