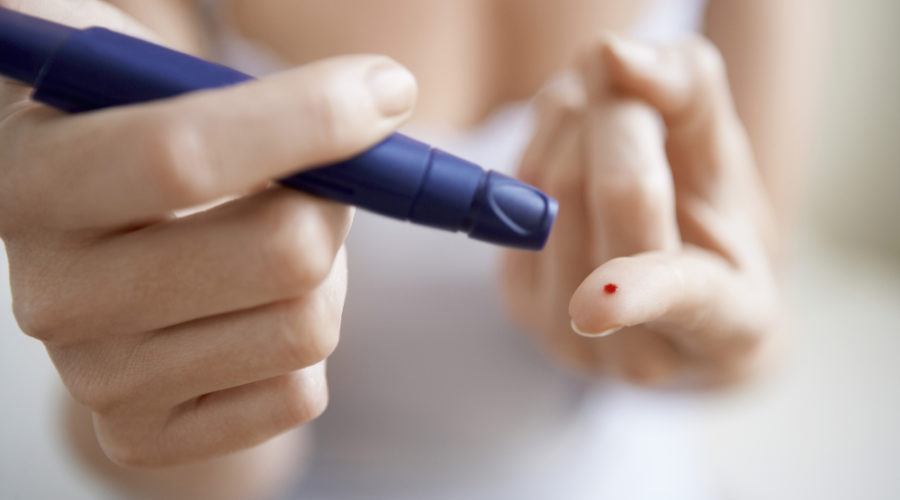 Will the daily routine of finger pricking to monitor blood glucose levels finally come to an end for the millions living with diabetes?

Diabetes affects over 422 million people worldwide. Diabetics have to test their blood sugar several times a day, usually by pricking their finger with a lancet. This can be uncomfortable and painful for many, which can result in less frequent testing and therefore a poorer control of blood sugar levels.

Several companies in Europe are looking for needle-free alternatives that can make the lives of millions easier. Some of them are already available and others still in development. Let’s have a look at them.

Available to diabetics in the UK, FreeStyle Libre consists of a small sensor patch that is placed on the arm and can be worn for up to 14 days. Developed by Abbott Diabetes Care, the patch measures glucose levels in the interstitial fluid between the cells right under the skin.

Although the measurements are not as accurate as using a blood test, the device allows patients to monitor their glucose levels continuously and wirelessly, either using a reading device or downloading an app on their phones.

Developed by Integrity Applications in Israel, GlucoTrack can measure blood sugar levels through a combination of ultrasonic, electromagnetic and thermal waves. To provide a readout, the sensor is clipped on the ear. The device is indicated for adults with type 2 diabetes and is currently approved in Europe, where the company has just recently started to commercialize the glucose monitor.

Developed by Senseonics, Eversense is a subcutaneous implant that can last for up to 3 months. The device can measure glucose in the interstitial fluid under the skin of the arm by using a polymer that fluoresces in response to the levels of glucose. The data is then sent to a transmitter that displays the glucose levels in real time.

The device recently received FDA approval and the company struck a deal with Roche to distribute the sensor.

GlucoWise is a sensor under development that could measure glucose levels by just placing it on the earlobe or the skin between the thumb and forefinger. The real-time measurements could then be sent directly to a smartphone app.

By using radio waves to measure glucose levels, the developers believe the device should be more accurate than other wireless glucose monitors. The company behind it, MediWise, run a first trial in healthy volunteers and is now getting ready to test a prototype in diabetics.

NovioSense is a Dutch startup working on a glucose sensor that is placed under the lower eyelid, from where it can wirelessly send glucose measurements directly to a smartphone. The device consists of a flexible metal coil of just 2cm in length that contains nanosensors inside. In turn, the coil is covered by a protective layer of soft hydrogel.

The coil could measure minute-to-minute changes in the glucose levels of tear fluid by using the same enzyme technology on which conventional glucose strip tests are based. The device has been tested in animals and the company is now planning clinical trials.

GlucoSense is a spin-out of the University of Leeds, UK, that is developing a laser technology to monitor glucose levels. The device is made of a nano-engineered glass that fluoresces when stimulated by a low power laser. When the glass is in contact with the user’s finger skin, the reflected fluorescent signal changes based on the concentration of glucose in their blood, giving a measurement in less than 30 seconds.

Back in 2014, Google and Novartis’ eye care division partnered to develop a smart contact lens that could measure glucose levels. The lens would incorporate a thin microchip to measure glucose and an antenna to send the information to a smartphone.

However, there haven’t been any major updates on the project since then and it is not known when the first trials will start. Meanwhile, researchers in South Korea have been developing their own form of a glucose-sensing smart lens, which has been shown to work in animals.

With so many players and technologies under development, the future will certainly bring multiple options that patients will be able to choose from. The days of finger pricking are counted.