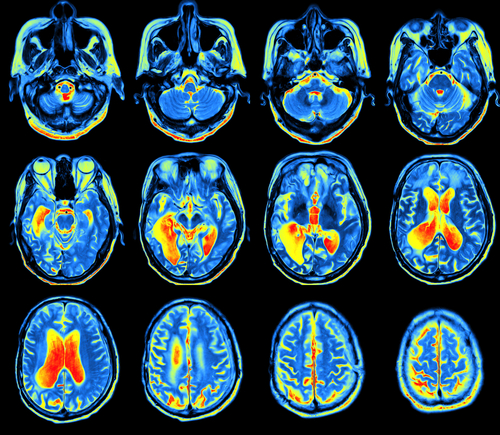 Currently, the speed at which scientists can measure brain function in a functional MRI machine is limited to six seconds. Preclinical research carried out Harvard Medical School, King’s College London and INSERM-Paris, published in Science Advances, suggests that MRE can track brain function activity on a timescale of 100 milliseconds.

MRE creates maps of tissue stiffness using an MRI scanner, which uses strong magnetic fields and radio waves to produce detailed images of the inside of the body.

Harvard Medical School professor of radiology Dr Sam Patz said: “The data we are publishing was obtained in mice, but translation of this technology to humans is straightforward and initial studies are currently underway.

“The intriguing novelty of this approach is that the stiffening/softening of specific brain regions persists even when stimuli as short as 100 milliseconds are presented to the mouse.”

Although initially interested in applying MRE to the lungs of the mice, the research team decided to also run scans of the brain. Here, they found that the MRE revealed that the mouse’s acoustic cortex was stiffening, without any apparent stimulation.

Researchers decided to plug one of the mouse’s ear canals with a gel, to see if this produced a different result. After this they took another MRE scan of the brain, where they discovered that the auditory cortex on the side of the brain that processed sound from that ear had begun to soften.

This initial observation has been replicated in different regions of the brain, by applying stimuli to the hind legs of the mice. This influenced the location, phase and the intensity of the elasticity changes seen in the brain, meaning MRE can be used to visualise regional responses in the brain as they unfold at high speed.

The research team is now interested in applying MRE technology to the human brain, with aims to accelerate diagnosis of neurological conditions.

“We’ve now discovered that MRE technology allows us to see brain activity on a much shorter time scale. This is a fascinating and unprecedented result as it shows that brain tissue changes in quasi real time. It will open a new gateway to understand how the brain is functioning.”