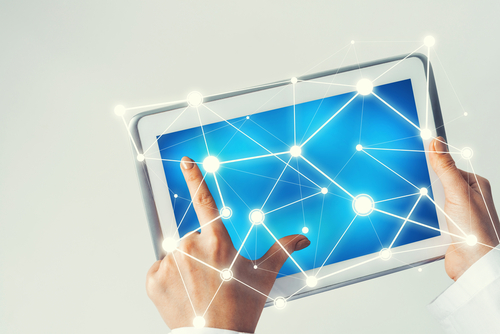 Financial terms of the deal were kept confidential. Novartis will work with Ubisoft and McGill University to accelerate development of a digital therapeutic for amblyopia, also known as lazy eye.

A large drugmaker is making a bet on a smaller firm that developed digital therapeutic technology for treating the condition commonly known as “lazy eye.” Basel, Switzerland-based Novartis said Monday that it had acquired Phoenix-based software startup Amblyotech, which is developing a digital treatment for amblyopia.

“By offering a noninvasive solution that has the potential to be significantly faster than current standards of care such as patching for children and adults impacted by lazy eye, Amblyotech’s software is a great example of how we can reimagine medicine using digital technology,” said Nikos Tripodis, head of Novartis’ ophthalmology global business franchise, in a statement. “We look forward to using our deep clinical development expertise in ophthalmology to accelerate this platform toward regulatory approval, and our global commercial footprint to maximize access for patients who need it.”

Amblyotech’s digital therapeutic runs on a tablet and is designed to train the eyes to work together in order to view in image in full by employing active gaming and passive video technology combined with 3-D glasses. Using an internal algorithm, each eye is presented with different images in what is called a dichoptic display.

An early clinical trial in 28 children, results of which were published in JAMA Ophthalmology in 2016, showed that the half of participants randomised to the game showed improvement in amblyopic eye best-corrected visual acuity compared with the half in the control arm, who were given patches. Those who got patches were allowed to cross over to use of the game and were able to catch up in terms of improvement in visual acuity.

Published by medcitynews.com on April 20, 2020
Image by Shutterstock