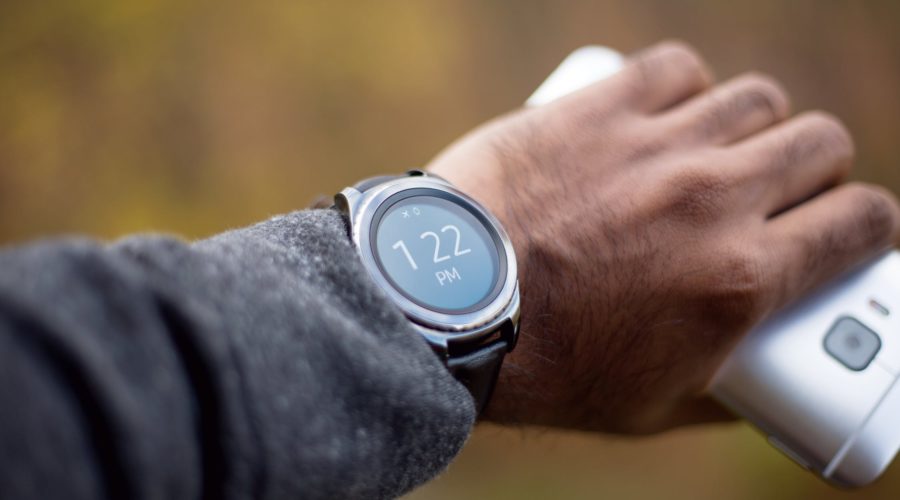 High blood pressure is often managed through at-home self-monitoring, a routine which can be difficult to manage for patients with hectic lifestyles. Now, Japanese medtech giant Omron may have the solution.

Hypertension, also known as high blood pressure, doesn’t tend to cause many noticeable symptoms on its own. It’s easy for many patients to pass through life with no clue how hypertension is impacting them and their body.

But if a person has high blood pressure, it means that the walls of their arteries are constantly under too much force. Despite this being identified as a leading risk factor for stroke, heart attacks, kidney failure and even dementia, it can be difficult for patients to keep up with the need to constantly monitor their hypertension and adjust their medication accordingly.

Enter Omron’s HeartGuide. The smartwatch is built with a wearable blood pressure monitor embedded in the cuff, which expands and tightens to take a blood pressure reading just like an upper-arm oscillometric machine found in a doctor’s surgery.

“A traditional blood pressure monitor comes as a cuff worn around the upper arm, attached to a tube and a screen,” says Omron marketing director Lucia Prada. “With HeartGuide, we actually have everything integrated in the wearable in a miniature form. It has the same technology, inflating and deflating like a traditional blood pressure monitor, but it’s so small that you can wear it on your wrist like a watch.

“Some patients adapt their medication based on the readings they get, so it’s really important to have a device that is clinically validated and follows the protocols.”

HeartGuide gives almost identical readings to equipment used in a clinic. At the European Society of Cardiology 2019 Congress, Jichi Medical University hypertension specialist Dr Kazuomi Kario, who worked on the development of the device, described the difference between the readings of the devices as only 0.9%. This makes it more than suitable for the day-to-day monitoring it’s designed for.

HeartGuide also has a step counter, calorie measure and sleep tracker, which enables users to see how all these factors are interacting and correlating with their blood pressure. Patients can add reminders about medication, or input that they drank caffeine or alcohol to see how this impacts their readings. All of this information is accessible through HeartGuide’s companion app, HeartAdvisor.

Prada says: “It’s really important and useful to take measurements multiple times a day to actually see how the different things you do impact your blood pressure.”

Wrist blood pressure monitors are extremely sensitive to the position of the body, and HeartGuide is no exception. When taking a blood pressure reading, the wearer must hold the device up over their heart, approximately five centimetres from their chest. They’re advised to take five minutes to rest beforehand, and be sat down with their feet flat on the ground so their knees are at a 90° angle. The device also needs to be correctly aligned on the wrist – wear it at the wrong angle, and the user might not get the right readings.

Thus far, HeartGuide’s design has involved more than 80 patents relating to its miniaturised pumps, valves and chips, some of which are no larger than a grain of rice. The device is approved by the US Food and Drug Administration, and retails at $499. It has recently received European approval, and will begin retailing in the UK, Germany, France, Italy and Spain in November 2019 for €549.

The watch isn’t accessible to everyone just yet, requiring a measurable wrist circumference of 6.3” to 7.5” for accurate readings, but smaller and larger sizes are in the works as Omron moves forward.

“So far the studies we have done are related to the accuracy, the validation,” says Prada. “We’ve done a few to get the final validation, and we’re starting new ones, to actually start exploring the impact of different activities on your blood pressure.”

Omron is quick to stress that the watch isn’t only useful for those living with high blood pressure. Hypertensive patients are the most likely to benefit from the tech by design, but it can be used by anyone who wants to keep a closer eye on their heart health.

Published by Medicaldevice-network.com on September 5, 2019
Image by Pexels