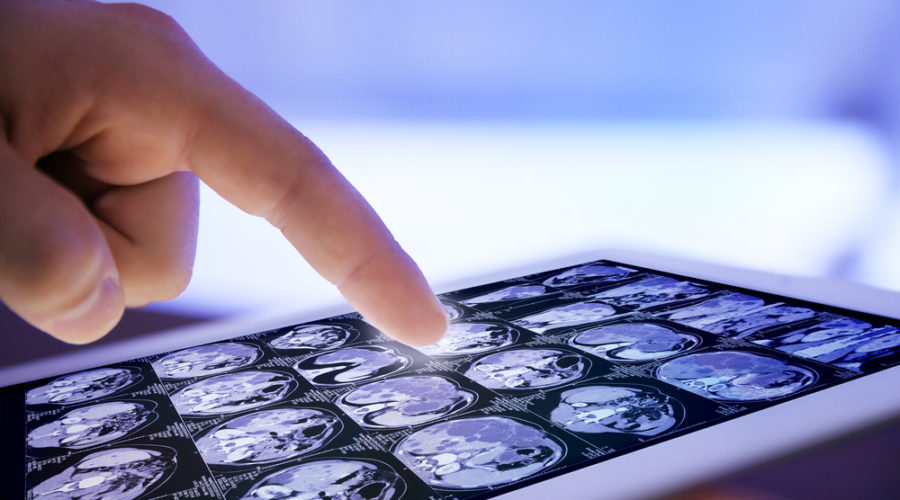 In an advance for medical imaging, scientists from University of North Carolina Lineberger Comprehensive Cancer Center have discovered a method for creating radioactive tracers to better track pharmaceuticals in the body as well as image diseases, such as cancer, and other medical conditions.

The researchers reported in the journal Science a method for creating tracers used with positron emission tomography, or PET, imaging. Researchers said their findings could make it possible to attach radioactive tags to compounds that previously have been difficult or even impossible to label.

“Positron emission tomography is a powerful and rapidly developing technology that plays key roles in medical imaging as well as in drug discovery and development,” said the study’s co-corresponding author, UNC Lineberger’s Zibo Li, PhD, an associate professor in the UNC School of Medicine Department of Radiology, and director of the Cyclotron and Radiochemistry Program at the UNC Biomedical Research Imaging Center. “This discovery opens a new window for generating novel PET agents from existing drugs.”

PET scans track a radioactive tag that is attached to a compound. These tracers are generally injected into the body, and they produce bright images on medical scans as the tracer accumulates in the targeted lesion, organ or tissue. Scientists can attach tags to molecules like glucose, which will accumulate in tumours as cancer cells consume sugar to drive their overactive growth, or to amino acids, which, as the building blocks of proteins, are can be highly consumed in tumours. They can also attach them to potential new drugs to track their course in the body.

“What is believed to occur is that tumour molecules uptake these resources faster than healthy cells do,” said David Nicewicz, PhD, professor in the UNC-Chapel Hill Department of Chemistry and the co-corresponding author of the study. “What we’ve contributed to the field is a new method to introduce radio-labeled isotopes of atoms into drug molecules in a way that hasn’t been done before.”

In their study, the researchers described a new way of attaching the radioactive molecule Fluorine-18, a widely used isotope in PET imaging, by breaking a specific chemical structure of carbon and hydrogen atoms. In the presence of blue light from a laser and after the addition a catalyst material to speed the reaction, the researchers could break existing chemical bonds in the structure and insert Fluorine-18. Once attached, the tracer emits gamma rays that are picked up by imaging. The researchers used a cyclotron, a particle accelerator, in UNC’s Biomedical Research Imaging Center to create Fluorine-18.

Researchers envision multiple potential applications for their discovery, including for medical imaging to screen patients for response to a drug, or to aid in drug development research.

“Not only can we study where drugs are localized in the body, which is something that’s important for drug development work, but we could also develop imaging agents to track cancer progression or inflammation in the body, aiding in cancer research and Alzheimer’s research,” Nicewicz said. “Having more than one method for tumour detection may give you cross-verification to make sure what you’re seeing is real. If you have two methods to validate a scan — two is better than one.”

While existing radiolabeling methods requires the synthesis of dedicated new compounds to attach the radiotag, researchers say their approach may allow them to attach a tag existing compounds — a boon for drug development research.

“In this study, we showed that we could label a broad spectrum of compounds,” Li said, including for anti-inflammatory drugs, and specific amino acids to show that they could image tumours.

Li also said the information obtained by the new PET tracer could aid in the development of corresponding treatment plans, depending on the imaging result, which would be an important step in providing personalized medicine.

The researchers said the next step is to develop a device that would make it easier for scientists to use this new method for creating radiolabeled tracers. In addition, they are working to expand their technology to develop other tracers that use a different radioactive material, such as Carbon-11.

The study was supported by the National Institutes of Health, the UNC Department of Radiology, Biomedical Research Imaging Center, and UNC Lineberger. Tay is supported by a National Science Foundation Graduate Research Fellowship.

Conflict of interest: Tay and Nicewicz and inventors on a patent related to the technology filed by UNC, and currently pending.