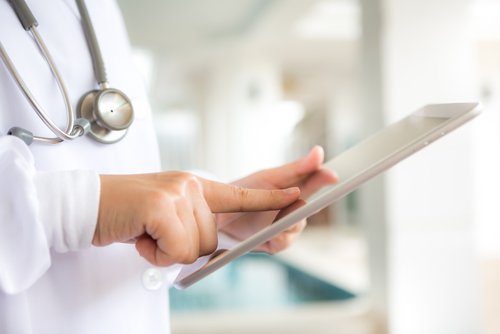 A body-worn monitoring system developed by UK-based Isansys Lifecare has the potential to speed up sepsis diagnosis in hospitals.

Sepsis is often called the hidden killer due to a lack of definitive tests or obvious symptoms, so early diagnosis of the disease has the potential to reduce the rates of serious or fatal complications. The UK Sepsis Trust estimate that there are about 250,000 cases of sepsis every year in the UK and more than 50,000 deaths.

Clinicians are supposed to administer an antibiotic drip within an hour if sepsis is suspected, but research by BBC News suggests that around a quarter of patients are estimated to wait longer.

Isansys Lifecare’s wireless wearable, known as the Patient Status Engine (PSE), uses a smart patch to collect a patient’s vital signs automatically and continuously, providing real-time status readings. The PSE is then able to flag up any changes in a patient’s condition and alert doctors to early-onset sepsis faster than they could otherwise detect it.

Isansys CEO Keith Errey said: “Being able to identify patients at the highest risk of deterioration is key for clinicians and nurses. Too often their workloads are overwhelming and they don’t have time to observe their patients closely at all times. Our technology does this for them and provides earlier indications of patient deterioration than can’t be achieved with manual monitoring alone. This is invaluable in the global fight against sepsis.

“Not only does the PSE provide early warning scores and alerts when a patient’s vital signs significantly change but it also allows the real-time monitoring of patients’ responses to treatment. This enables timely interventions which enhance the care and safety of patients.”

The PSE has been trialled at the Birmingham Women’s and Children’s NHS Foundation Trust, with hospitals in Europe, India, Australia and the US currently working on programmes to adopt PSE as the new standard for monitoring patients.

Isansys is also working with the Northwell Health Group in New York on a major study into wireless continuous monitoring of mothers in labour using the PSE. Maternal fever is a significant predictor of early-onset neonatal sepsis.

Published by Medicaldevice-network on July 5, 2019
Image by Shutterstock