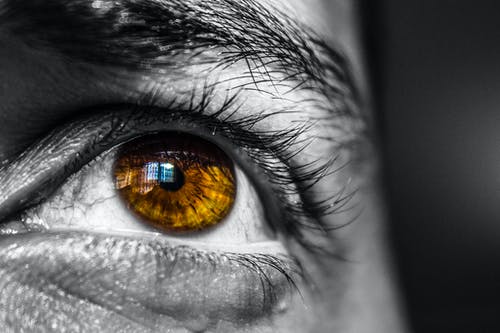 A smart contact lens with an actively working artificial iris could become a solution for people with chronic migraines, dry eyes and oversensitivity to light, according to researchers in Belgium.

Nanoelectronics developer Imec and an affiliated team at Ghent University have put forward a prototype designed to control the amount of light entering the eye using concentric rings of liquid crystal display panels—similar to the LCD screens found on calculators and other small devices.

Using a small charge and stretchable electronics, the iris’s individual rings can be turned from clear to opaque, narrowing its aperture in response to changes in light levels similar to the human eye.

This device could also help people with aniridia, a disorder where the eye may lack part or all of the iris, or keratoconus, a progressive thinning of the cornea that can lead to blurred vision and high sensitivity to light.

An early, preclinical assessment of the lens’s performance—published in the Nature journal Scientific Reports in partnership with Madrid-based Instituto de Investigación Sanitaria Fundación Jiménez Díaz and the Netherlands’ Holst Centre R&D hub—showed the system could reduce the amount of light entering the eye while also providing the same vision correction offered by an everyday contact lens.

The prototype is slated to be developed into a full-fledged medical device through a spinoff incubator from Imec and Ghent University dubbed Azalea Vision. The initiative hopes to eventually offer a power-efficient contact lens that can operate for an entire day.

“We are convinced that this artificial iris prototype has all the potential to become a game changer in ophthalmic treatment,” said Imec President and CEO Luc Van den hove.

Going forward, Azalea Vision team plans to validate the device through clinical testing with patients and healthy volunteers to address a range of eye disorders encompassing light sensitivity and a lack of visual sharpness.

Published by fiercebiotech.com on September 14, 2020